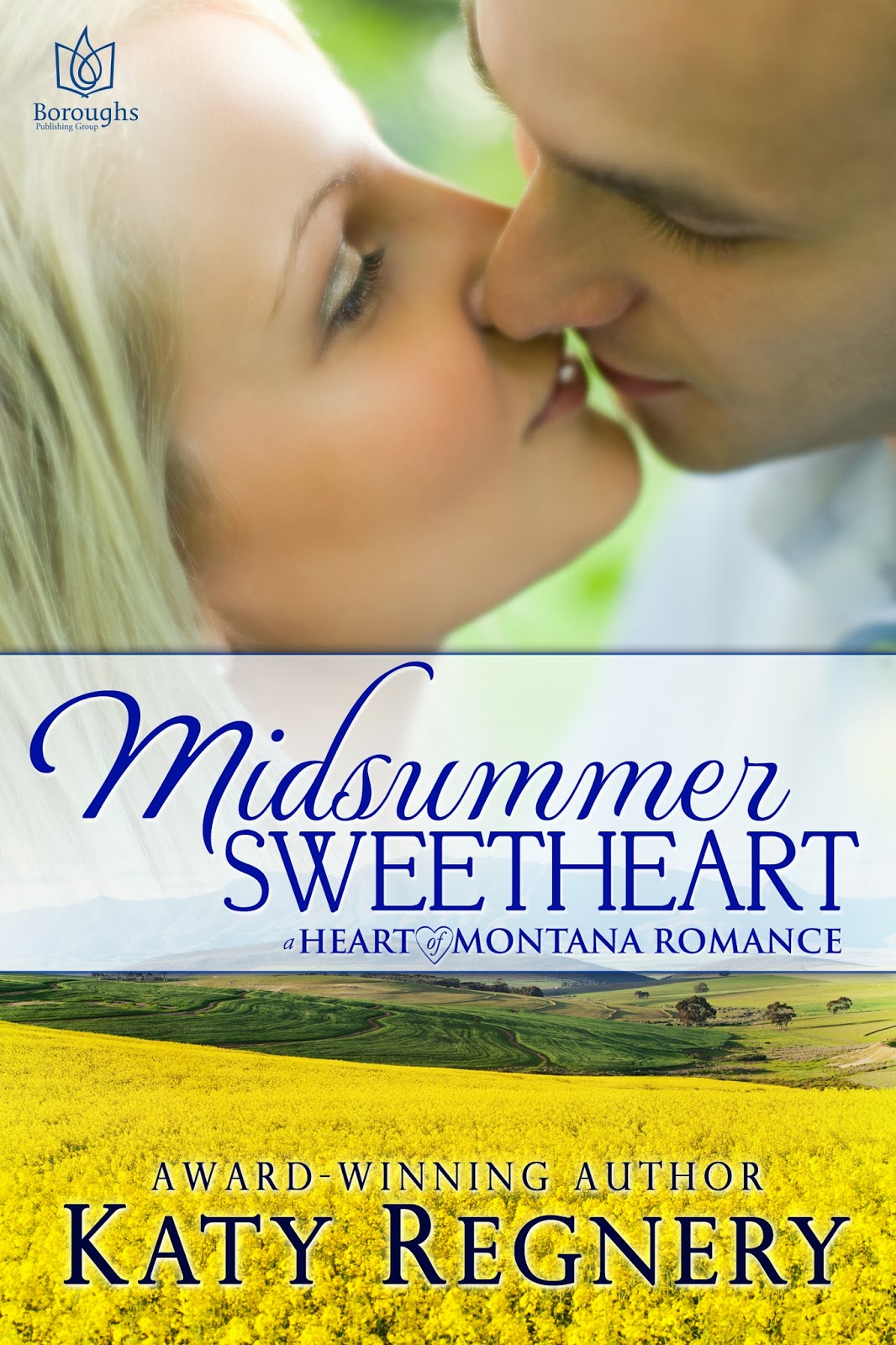 Midsummer Sweetheart
(A Heart of Montana, #2)
SYNOPSIS:
Erik Lindstrom never had much faith in love. He saw his parents’ marriage collapse and vowed to avoid the same anguish himself. His fiercely protective nature drew him to a career in law enforcement, where he’s managed to keep himself and his heart safe…until now.

Katrin Svenson is in danger. After leaving her home in secret, her only hope for safety seems to lie in the hands of a man who has steeled himself against her deep blue eyes and sunny smile. But sparks fly between the nurse and her handsome protector, and those sparks become fire as Katrin melts the ice surrounding Erik’s heart. That fire will ward off the dark force determined to keep their sweet midsummer nights from being an impossibly perfect forever.

I will say this time and time again… I absolutely LOVE Katy Regnery’s writing style!! She always makes me feel drawn and connected to her stories, while keeping me hooked from beginning to end. Amazing. I will never cease recommending her books.

As always, I suggest you read book one, By Proxy, prior to Midsummer Sweetheart. We see the characters from that book in this one and we get more of their story.

“Am I your sweetheart?”

Erik Lindstrom wasn’t interested in relationships. He certainly was not interested in falling in love. That is, until he saw what his sister, Jenny, had with her new husband, Sam (main characters in By Proxy). Erik started wondering. Thinking. Maybe he was missing out? Or maybe not. But one thing was for sure….he was curious about it and that hadn’t happened before.

Katrin Svenson, Sam’s cousin, was living a nightmare. Her alcoholic ex-fiancée, Wade, would not leave her alone and things had only gotten worse with time. Now, he had even threatened to kill her. To say she was freaked out, would be an understatement. Wade would not back off!!! Because of him, Katrin had basically become a shell of her former self. She had in many ways, stopped living her life. She was just existing. She wouldn’t go out with her friends just to avoid running into him. You see, Wade had made her believe that he had gotten his drinking under control, but really he had just learned how to hide it. It wasn’t until the day of their wedding, when he did not show up because he had been so drunk from the night before, that Katrin realized just how much he had fooled her. It was then that she made the decision that enough was enough. That, however, did not sit well with Wade. He firmly believed Katrin was his.

Katrin had lost all hope of getting her happily ever after. Especially in her small town where everyone knew about her situation with Wade…where everyone pitied “poor Katrin”.  Well, everyone but Erik. Katrin and Erik didn’t really know each other. Sure, they had ‘seen each other’ before since their families were so close, but they hadn’t really met. Until Ingrid intervened.

Worried for her sister-in-law’s safety, Ingrid asked Erik to drop Katrin off at a very small town up north where she had gotten her a job through a friend at a new clinic. She and Kristian, Katrin’s brother, figured she would be safe away from Wade. Erik had no problem with this since he was moving up north to start a training as part of his job as a police officer. Little did Erik know, this favor would end up changing his life.

When Katrin and Erik officially met, sparks flew. Quite literally, actually. Problem was, Erik was hell bent on not wanting a relationship…ever. But Kat was getting under his skin and staying there whether he liked it or not. He could not shake her off! They both had been drawn to each other, but the circumstances they we in weren’t exactly the best. Because of this, they friend-zoned each other. And yet, the attraction and chemistry, was very much there and they could not stop flirting! Talk about sexual tension!

“I want you. Your mouth. Your body. Your fingernails down my back. Your eyes rolled back in your head. Your voice calling out my name. In my bed. In your bed. In the shower. On your kitchen counter. Under the tress. Wherever you want.” – Erik

Two steps forward, three steps back. It all came down to the fact that Erik was scared. Actually, he was terrified…of love. He didn’t want to feel the ‘inevitable’ pain that came along with falling in love...the heartache of losing your beloved. So he pushed her away. But he was also torn. He didn’t want to call her his girlfriend, but he sure as hell didn’t want her to be with anyone else!

“Love is different for everyone. Best not try to figure it out when it comes to someone else.”

Once they both gave into their feelings, I felt like I could breathe easier. They had such a sweet romance! Erik truly became one hell of a romantic!! For someone who was firmly set on never loving another, he sure knew how to melt panties. ;) A true swoon-worthy guy. And how he protected Katrin?? Whew!!!

I really enjoyed reading this book. The story line flowed smoothly and it allowed great character development! I loved seeing Erik go from being petrified at the thought of a relationship, to realizing what he was missing out on and becoming an amazing boyfriend.

Midsummer Sweetheart is a heartfelt and beautiful romance you should not miss! Katy’s epilogues always pique my interest for the next book! I can’t wait to read it!!! Go one-click!!! 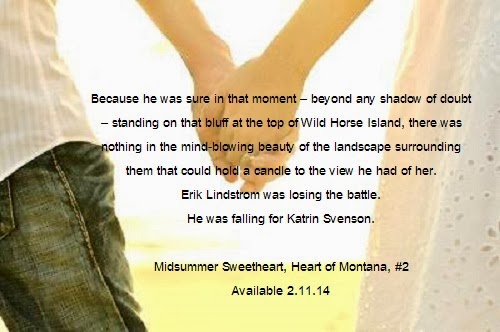 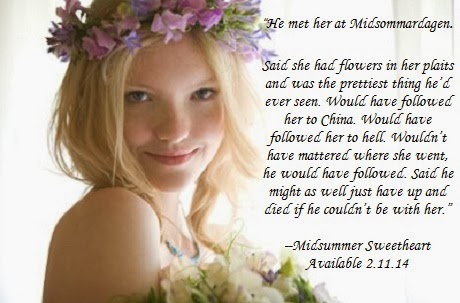 A Heart of Montana Series 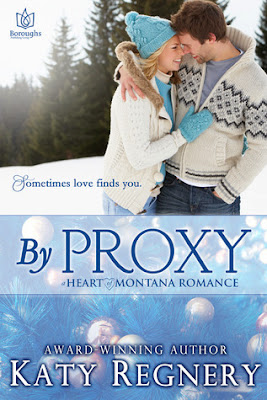 By Proxy
(Heart of Montana #1)
Synopsis:
When a favor brings a city boy and a country mouse together at Christmas, you can be sure that sparks will fly!

Stubbornly small-town Jenny Lindstrom has misgivings when she promises to stand proxy in her best friend’s wedding—misgivings that are fulfilled when tall, handsome Sam Kelley walks into the courthouse an hour late. In order to keep her promise, an afternoon favor turns into a weekend of startling but undeniable attraction, threatening the well-ordered world that keeps her heart at arm’s length from any more pain.

…TURNS INTO A HOLIDAY WEEKEND

Sam’s plan is to fly to Livingston, Montana, take vows for his favorite cousin, and return to Chicago as quickly as possible. But his plan is turned upside-down when he must spend a weekend with Jenny in Gardiner to keep his word. He doesn’t want to fall for the prim, proper schoolteacher whose small-town life seems to him like selling out, but the more time he spends with her, the harder it is to say good-bye.

When city and country come together for Christmas, the unexpected gift is true love. 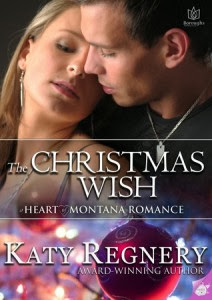 
Synopsis:
Waitress Tess Branson has earned a bad reputation, and the nickname "Fast Tessie," as result of her poor judgment where men are concerned. Tess learned from a young age that men – of all ages – were interested in one thing from her and one thing only. But all Tess ever really wanted was to connect with someone special – to mean something to someone. Lucas Flynn, the short order cook at the restaurant where Tess works, has just been released on parole. He’s trying to get his life back on track, but can’t help noticing the pretty waitress who treats him kindly, despite his past. At Lucas’s urging, Tess makes a wish on a star, but they’ll have to rely on the magic of Christmas to help it come true.

The Christmas Wish is a novella and can be read as a standalone.

About the author:
Katy Regnery

Katy is a 2013 NECRWA First Kiss and 2013 NTRWA Great Expectations contest finalist who has always loved telling a good story and credits her mother with making funny, heartwarming tales come alive throughout her childhood. A lifelong devotee of all Romance writing, from Edwardian to present-day, it was just a matter of time before Katy tried her hand at writing a love story of her own. Katy lives in the relative-wilds of northern Fairfield County, Connecticut where her writing room looks out at the woods, and her husband, two young children and two dogs create just enough cheerful chaos to remind her that the very best love stories of all can often be the messy or unexpected ones. Katy has a Paranormal alter-ego: KP Kelley - https://twitter.com/KPKelleyAuthor
Her Paranormal It's You is scheduled for a Winter 2014 release.