SYNOPSIS:
For Savannah Rae, the thought of living in her picture-perfect world was almost too much to comprehend. With her dream job, a family she could finally call her own, and the beginnings of the best chapter of her life, she still couldn't shake the unnerving feeling that it was all too good to be true.

The thought of a life without Savannah was incomprehensible to Tate Connors. Never in his wildest dreams did he think he would find his girl in the form of a sassy, stubborn, beautiful Australian. Finally he had the girl and life he so desperately wanted, but he still couldn't ignore the fear that it would crash around him. When Tate’s past becomes his present and Savannah’s present becomes her past, the possibility of a future together collides head-on with reality. In her darkest days, the words Just Breathe provided a peaceful comfort to Savannah from the heavens above. Now as she and Tate go down the path of new beginnings, brutal endings, and the constant craving of a happily ever after, they are anxious to learn how to Breathe Again.

A beautiful conclusion to a wonderful series!! Rachel, you nailed it!!!! I absolutely LOVED Just Breathe and Breathless, but Breathe Again definitely became my favorite book out of the three. There aren't enough words that can express how much it means to me. It was truly the most wonderful experience seeing Tate and Sav come full circle and get the life they both deserved. Their story was honestly a rollercoaster ride I did not want to get off from.

The books in The Breathe Series MUST be read in order, so if you haven’t read the first two installments, STOP reading here.

“Savannah, I never knew perfection until I met you.”

Things in Breathe Again start off a couple of months after that cliffhanger ending in Breathless. We have a heartbroken Tate trying to keep his life together while missing the one person that completes him…Savannah Rae. To say things are emotional in this book, would be putting it mildly. Sav and Tate don’t have it easy, but in reality, every heartache is worth it. They learn and grow from each experience. They become even stronger.

“Let me pick up your broken pieces, Tate. Let me make you whole again.”

There are quite a few surprises along the way and Tate and Sav’s relationship is tested…a lot. Prepare yourself for one hell of a ride because both Tate and Savannah are forced, in ways, to make very difficult decisions……  And just when things are finally good between them, Rachel pulls the rug from under us!

There were times in this book where I wanted to hit someone -- hard -- and others that seriously made my heart race and palms sweat.  The things that happen…… Sigh.  Hell, I was basically about to have a total freak out at times. Gosh! This. Book. I’m telling you, Rachel nailed it!!! It’s written very well and has such a smooth and realistic flow, that it’s as if I was right there with Tate and Sav and the rest of the gang. I felt everything……lived it. I absolutely LOVE these characters. They will always hold a special place in my heart.

Overall, Breathe Again is a phenomenal book! Can’t stress this enough. It's got angst, hot and steamy passionate scenes, and a lot of page turning events! It has everything. If you loved Tate Connors before, he will melt your heart completely this time around. I highly recommend this book to everyone that loves a good romance!! I am incredibly proud to call such a talented author my friend.

As a standoff of epic proportions began between Chelsea and me. My hackles rose, and I knew I would never back down from her. I wasn’t a revengeful person, but as soon as someone starts hurting the people I care about and throwing around half-arsed accusations, they will see the wrath of Savannah. This could be the very reason I chose to have limited female friends. It was easier than having to deal with the bullshit games girls were notorious for starting, and clearly this was why I never hid my intentions when it came to men in the past. Be clear as day and no feelings came to the surface. I felt Mr. Davenport sigh beside me and I swallowed hard. Professional, Savannah. For him. I still didn’t back down as I spoke. “So I am assuming the—” “Um, excuse me? I was told that I needed to be here.” Our heads snapped to the door opening slowly, and I couldn’t believe who I was looking at, could this day get any weirder? Blake freaking Ryan had just walked through the door looking all rock star-ish. This was the first time we had seen each other since he had left New York for London. His eyes widened to the size of saucers as he took everything in. Dressed head to toe in black, he was wearing a shirt that sat snug against his body, and his tattoos were glistening under the boardroom lights. He was born to be a rock star. His eyes bounced between Tate and me and dropped to my hand gripped tightly in Tate’s and a smile tugged at his lips. Tate’s body stiffened against mine and his hand squeezed mine to the point of hurt like he was making his claim on me. “Stop it,” I hissed and shot him a pleading look. “Sorry, just habit,” he whispered then peppered my jaw with a kiss. “Thanks for coming in, Blake.” Mr. Davenport shuffled papers on the large conference table and looked towards Blake, holding out a pen and what looked to be a contract. “So you have been booked for the shoot next week and we are now just finalizing details. Savannah will be running the shoot on behalf of Beautify and Chelsea will be the female model for the campaign. If you can just sign here, we are good to go.” Blake shook his head and shot a disgusted look at Chelsea. “Are you serious? I can’t work with her.” “See? I told you, Savannah. Even Blake doesn’t want to work with you in your pathetic little fairytale world you are supposedly living in,” Chelsea spat before she threw her straw-looking hair over her shoulder and strutted towards Blake. I watched Blake closely; the look sweeping over his face was priceless. “I wasn’t talking about Savannah, you idiot. I cannot work with you, Chelsea. I tend to not want to associate with fucked-up, conniving bitches.” I couldn’t hide the smile of victory tugging on my lips. Blake Ryan, you genius. The look of utter devastation Chelsea was wearing made me feel like a million bucks. I still had no clue of the history that Chelsea and Blake shared. “Well isn’t this going to be a fun shoot,” Mr. Davenport mumbled under his breath. 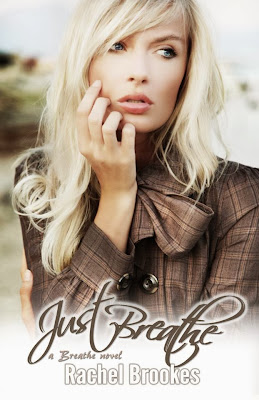 
For Savannah Rae, living life without her parents was unimaginable. But being blamed for her first love’s suicide? That destroyed every part of who she was.

Gone were the days of innocence, happiness, and dreams. Now her days simply meant attempting to survive. In her mind, her only means for that was replacing her grief with men, booze and the fast life. And for five years, it worked.

When an opportunity to leave the nightmares of her past in Australia opens up, she takes it. Los Angeles beckons - with hopes of late nights, new beginnings, and the promise of a string of endless men to distract her, she can’t wait to dive in.

One thing she didn’t count on was meeting her match.

In the eyes of outsiders, Tate Connors has it all; the ultimate LA bachelor who is content with his lifestyle of wild nights, women and one night stands. He's Mr. Unpredictable with looks that could destroy any woman with one glance.

The craziness of Los Angeles throws them into the chaotic path of each other. Savannah becomes the perfect game, and Tate becomes the ultimate prey. Lines are crossed, emotions are smashed, and the idea of who they truly are begins to be tangled.

However, one thing will become clear.

They are more alike than either one could ever have imagined. 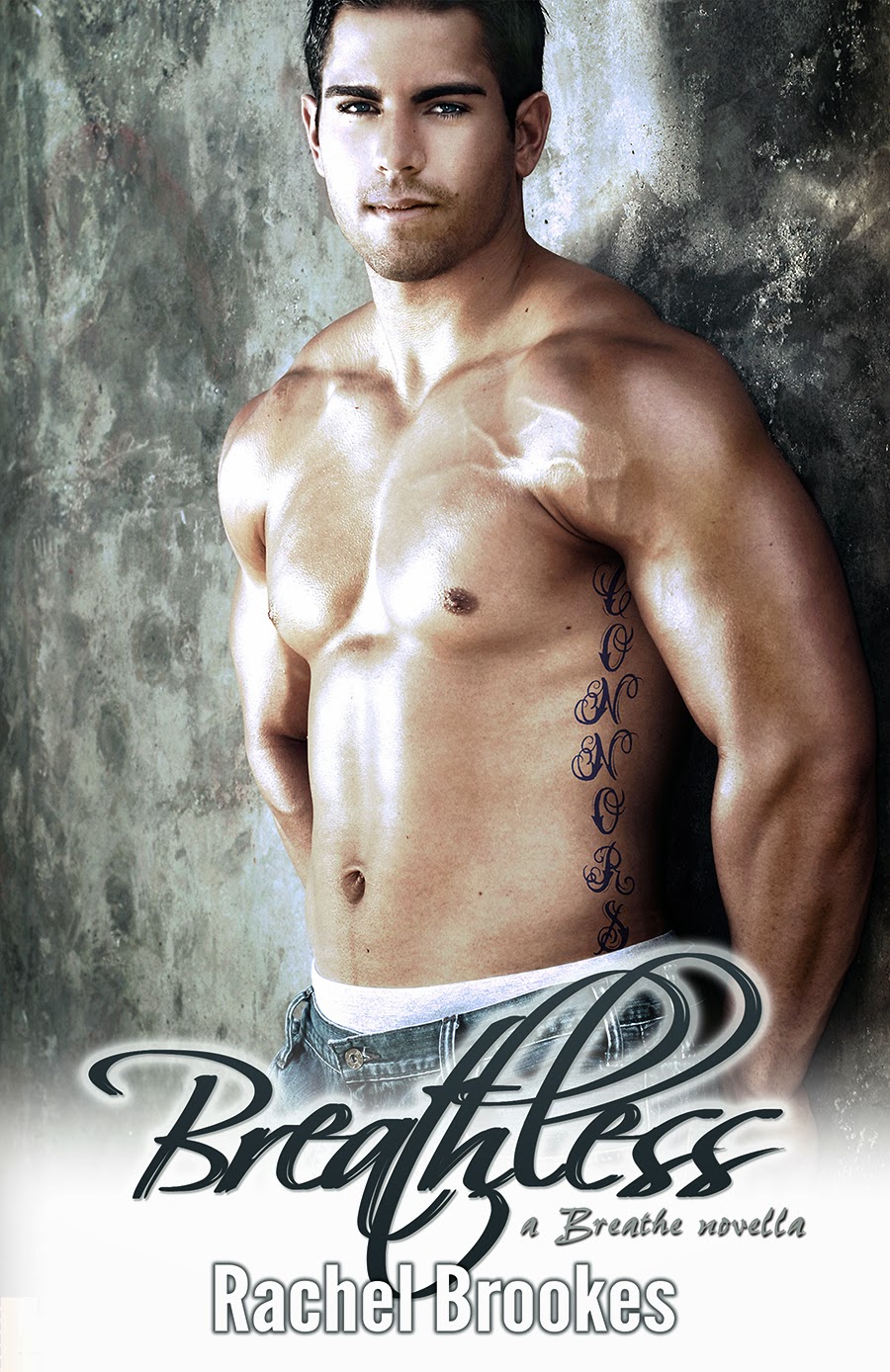 Breathless
(Breathe #1.5)
Synopsis:
One look from Savannah Rae was all it took for Tate Connors to fall.

From the first moment he laid eyes on her, his world was irrevocably shaken. He’s willing to accept that his life will never be the same again, but when she has to leave for New York the distance becomes more than either of them expected.

Tate is left alone with not only an empty bed but also a thousand thoughts running through his head. Insecurities soar as he wonders if he could ever really be the kind of man Savannah deserves.

When the demons of his past continue to threaten the future he so desperately craves, Tate knows he has to make the ultimate choice. Risk destroying his relationship and his family with one life changing decision, or gamble on fate and hope the past stays exactly that…the past.
Add on Goodreads

About the Author:
Rachel Brookes

Rachel Brookes is from a coastal town on the east coast of Australia where beaches, kangaroos and surfers roam free. Writing angst ridden love stories with a pinch of craziness, a dash of drama, a cup of romance, a spoonful of sexiness and delicious men to season is what she loves to do. Rachel sometimes forgets to eat, sometimes forgets to sleep and sometimes can’t remember the last time she cleaned her apartment but that’s because she is in a long term relationship with her laptop. When she does step away from her laptop she can be found taking too many photos, making scrumptious cocktails, laughing at Adam Sandler movies and spending her time with her amazing family. Having released Just Breathe and Breathless in 2013, Rachel is looking forward to a busy 2014 with the upcoming release of Breathe Again, the final book in The Breathe Series and many other books planned she can’t wait to continue this crazy ride.