ENTER THE GIVEAWAY BELOW! 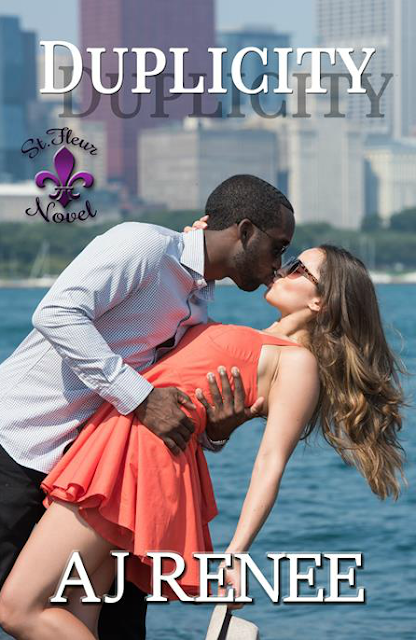 Jaime Lynn has lived by that mantra all of her life. After opening a pub in St. Fleur, she begins to root herself into the town and its community, questioning the only attitude she has ever known. When Jesse interviews for the open bartending position, she knows hiring him is a bad decision she’ll make anyway. Giving in to their powerful attraction, she accepts his invitation to explore what’s between them—and is reminded that not everyone gets their happily ever after.

Haunted by the memories around his hometown of New Orleans, Jesse leaves everyone he knows and loves, hoping to find a sliver of peace. Jaime Lynn turns out to be the light to his dark, bringing Jesse away from his nightmares and back to his hopes and dreams.

When the truth comes out, Jesse and Jaime Lynn agree to give their relationship another try. The stars finally align, guiding them onto a new path where they can leave their past behind them.

What will they do when Jesse learns about the gift he never received but always wanted? 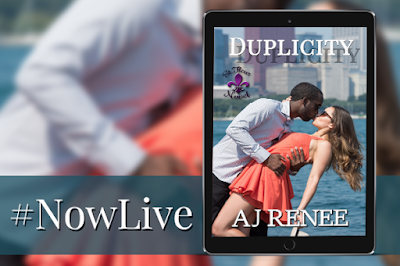 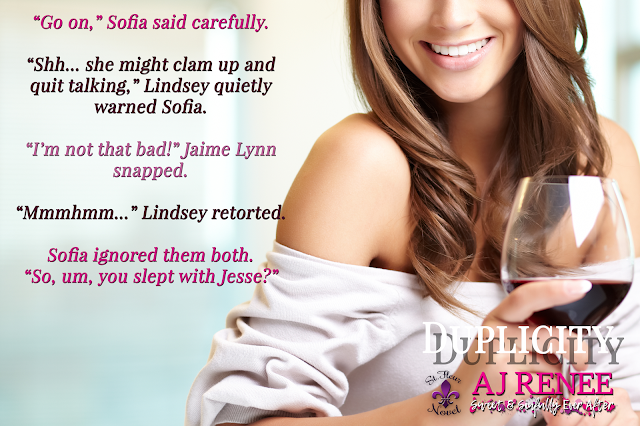 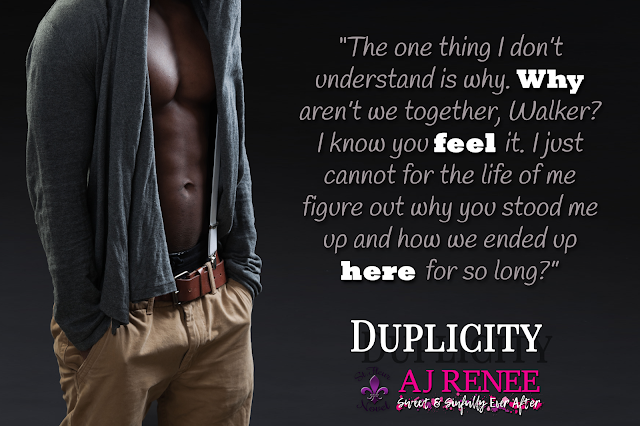 Jesse’s eyes flew open as he released himself and moved to a protective stance. “What are you doing here?”

His gaze moved down her body in a caress. She saw the flash of pleasure before he put up walls to protect himself from her hurtful inaction and words. Unable to speak, her mind was jumbled over Jesse’s naked form and the fact that he had been pleasuring himself. Jaime Lynn stepped into the spray and Jesse moved back. His back hit the wall with nowhere to go.

Jaime Lynn took in his body, the muscles covering his chest and arms down to his sculpted abs. His beautiful, thick length stood proudly as her eyes roved down his thighs to where wiry, black hair covered his legs.

Confusion flashed over his face, replacing the desire in his gaze, as he repeated, “What are you doing here, Jaime Lynn?”

Nerves froze her in place, the words right on the tip of her tongue. No matter the limbo state of their relationship, Jesse was a constant in her life. They may have danced around their attraction for far too long, but the idea of him not being there at all scared the crap out of her. There really was no one else she was willing to risk her heart for. 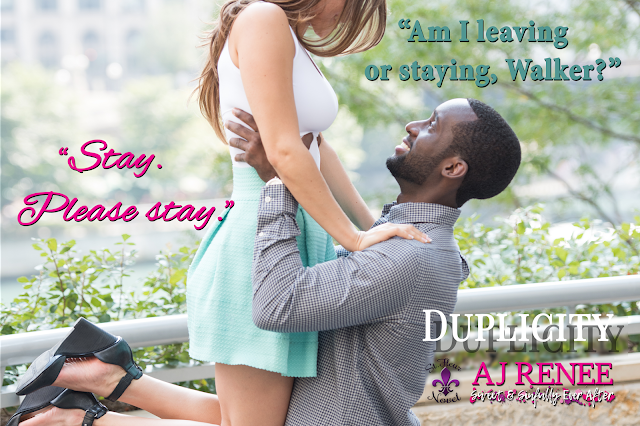 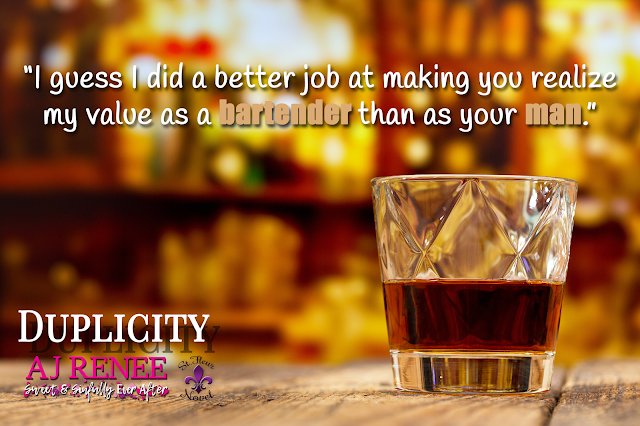 — ABOUT THE AUTHOR: AJ RENEE —
Author to Widower’s Aura, Always Mine, Duplicity, and Finding love at the falls.... I’m a military wife and mother to three girls seven and under. Prior to these roles I lived in Florida where I attended the University of Central Florida. I received my Masters of Science in Criminal Justice and Bachelors of Science in Psychology. A decade later and I haven’t used either.

Writing a book was never a goal of mine, funny how life works out sometimes. I thought I would work for one of the many agencies that specialize in justice. Instead I decided to focus on a family once we married.

When I’m not shuttling my daughters around, you can find me at my laptop. I hope you enjoy my books as much as I enjoyed writing them.

Posted by Unknown at 10:40 AM No comments: Links to this post

DEAR BRIDGET, I WANT YOU by Vi Keeland & Penelope Ward 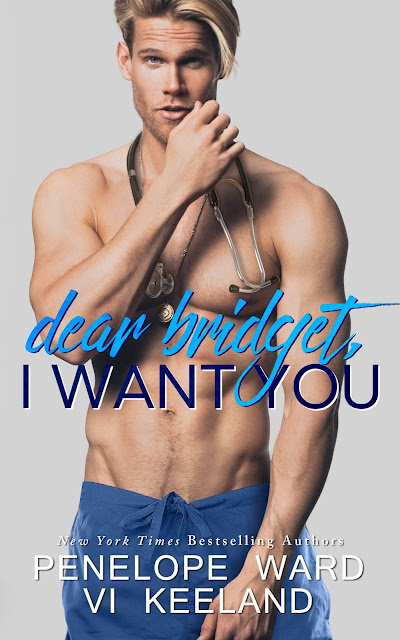 Dear Bridget,
I’m writing this letter because it’s highly doubtful I’ll ever garner the courage to say this to your face.

We’re totally wrong for each other. You’re the proper single mum with a good head on your shoulders. I’m just the carefree British doctor passing through town and temporarily living in your converted garage until I head back to England.

But here’s the thing… for some bloody reason, I can’t stop thinking about you in very inappropriate ways.

The only reason I’m even admitting all of this to you right now is because I don’t believe it’s one-sided. I notice your eyes when you look at me, too. And as crass as I appear when we’re joking around about sex, my attraction to you is not a joke.

So, what’s the purpose of this note? I guess it’s a reminder that we’re adults, that sex is healthy and natural, and that you can find me just through the door past the kitchen. More specifically, it’s to let you know that I’m leaving said door cracked open from now on in case you’d like to visit me in the middle of the night sometime.

It’s doubtful I’ll even end up sliding this letter under your door anyway. 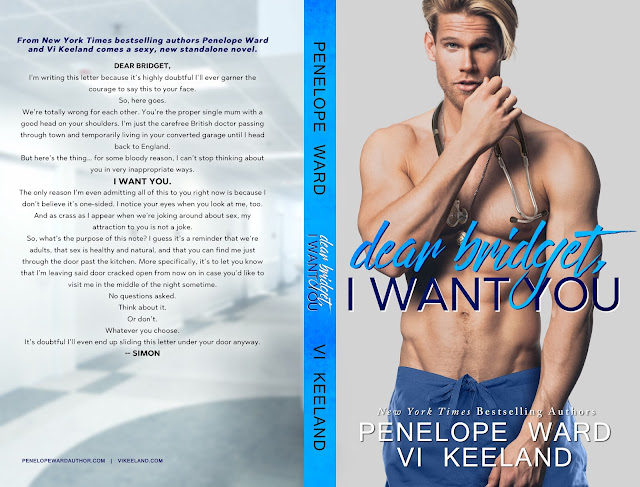 **No Amazon ebook preorder. Will go live on Amazon on release day.


— ABOUT THE AUTHORS —
VI KEELAND
Vi Keeland is a native New Yorker with three children that occupy most of her free time, which she complains about often, but wouldn't change for the world. She is a bookworm and has been known to read her kindle at stop lights, while styling her hair, cleaning, walking, during sporting events, and frequently while pretending to work. She is a boring attorney by day, and an exciting smut author by night!

PENELOPE WARD
Penelope Ward is a New York Times, USA Today and Wall Street Journal Bestselling author. She grew up in Boston with five older brothers and spent most of her twenties as a television news anchor, before switching to a more family-friendly career. She is the proud mother of a beautiful 10-year-old girl with autism and a 9-year-old boy. Penelope and her family reside in Rhode Island.

Posted by Unknown at 5:10 PM No comments: Links to this post 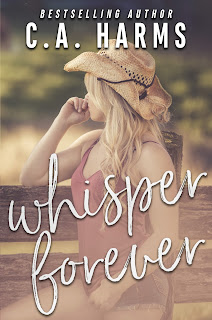 I wanted to forget him so many times. Erase the memories we shared and pretend he didn’t exist. It would have made his absence easier to accept.

Lucas Rivers broke my heart more than once.

In my world he was my guy, the one I’d grow old with and laugh with. But things aren’t that simple, and time changes everything.

That naive girl with dreams of happily-ever-afters was gone.

I didn’t need a man to complete me. I was enough—no, I was more than enough. I was strong and determined. I was Madelyn Emery, and never again would a boy break my heart.

But the moment Lucas returned after four years, acting like we could pick up where we left off, that strength inside me shifted. The more I tried to ignore his efforts, the harder he fought.

How can one simple word whispered by one man mean so very much?
“Forever.” 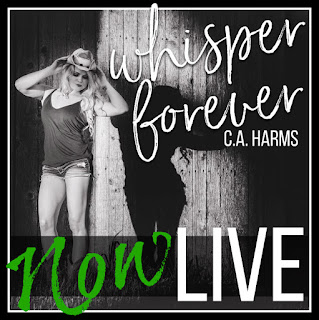 REVIEW: 5 STARS
Whisper Forever has to be CA Harms' BEST BOOK YET! The feels, you guys, the feels!!

I'm a sucker for second-chance romances and CA Harms nailed it. The anguish, the regret, the heartache: all there! The passion, the love, the chemistry...all very much present as well. Ah!! LOVED this book! LOVED IT and ended up reading it practically in one sitting!

"I sat there feeling as if I was seeing her for the very first time, and in a way I was. My Maddy was fucking beautiful. Only she wasn’t mine. She was his. Conversations went on around me, but I couldn’t comprehend a word. My chest was tight and I struggled to breathe evenly. The ache was so deep and crippling. My pulse raced, my mouth grew dry, and suddenly I felt like the ground had shifted beneath my feet. Just when I felt as if I was regaining some control, she turned toward the table where I was sitting and her eyes locked with mine."

Lucas and Maddy had been best friends since they were little. They knew each other like they knew themselves, but during high school, Lucas took a different path. He became the football star on the fast track to the NFL and their friendship suffered. What Lucas did not count on was having to cut those dreams short during college. Too short, in fact. Making his way back home was probably one of the hardest decisions he had to make. He was broken and CA Harms did a phenomenal job in portraying that through and through.

"Madelyn Rose Emery made coming home that much harder. She is and would always be my biggest regret. Maddy was the best part of Alvord, and I was just a stupid kid who figured that out far too late."

Maddy sure as shit did NOT expect to see Lucas at one of their local bars. Talk about a feeling-the-blood-drain-from-your-face type of shock! But that surprised feeling quickly took a back seat to anger and hatred, especially when Lucas started treating Maddy like nothing had changed...like he hadn't just abandoned her for the past few years.

To say Lucas and Maddy had a rocky start to the re-kindling of their friendship would be an understatement. Maddy was feisty and sassy now and she did not take anyone's crap, especially Lucas'. But Lucas had learned his lesson. He already knew the pain of living without Maddy. He wasn't about to let that happen once more.

And then, things sure got HOT. Sizzling hot, to be exact. But just as I was starting to relax while reading because well, they were together finally, CA Harms had to throw in a little curve ball that made my heart HURT. Lucas' fear made me very antsy, not to mention sad! I felt his anguish, his concerns! The author truly developed very well the emotional side of this story where as a reader, I felt all the emotions these characters experienced. I was right there with them in their journey.

Seriously, Whisper Forever was very well written and developed. I am in awe of this author's talent and cannot wait to see what else she brings our way! FIVE STARS and TOP recommendation! 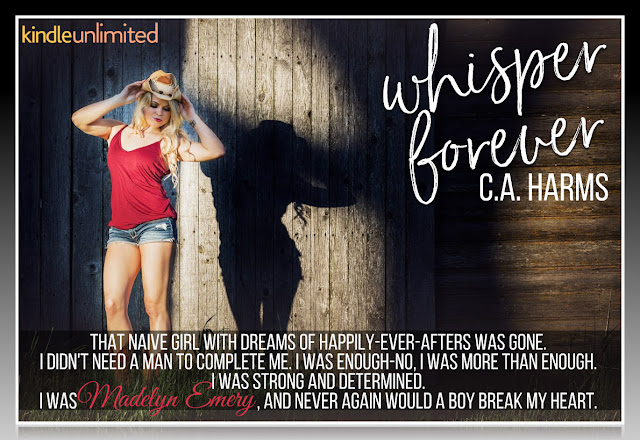 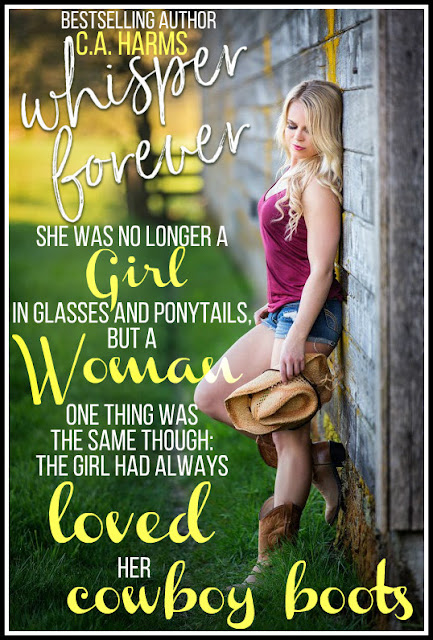 Posted by Unknown at 9:49 AM No comments: Links to this post