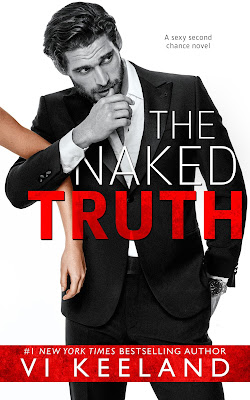 It was just a typical Monday.

Until the big boss asked me to make the pitch for a prospective new client.

After two years on shaky ground at work because of my screw up, an opportunity to impress the senior partners was just what I needed.

Or so I thought…

Until I walked into the conference room and collided with the man I was supposed to pitch.

My coffee spilled, my files tumbled to the ground, and I almost lost my balance.

And that was the good part of my day.

Because the gorgeous man crouched down and looking at me like he wanted to eat me alive, was none other than my ex, Gray Westbrook.

A man who I’d only just begun to move on from.

A man who my heart despised—yet my body obviously still had other ideas about.

A man who was as charismatic and confident as he was sexy.

Somehow, I managed to make it through my presentation ignoring his intense stare.

Although it was impossible to ignore all the dirty things he whispered into my ear right after I was done.

But there was no way I was giving him another chance, especially now that he was a client…was there? 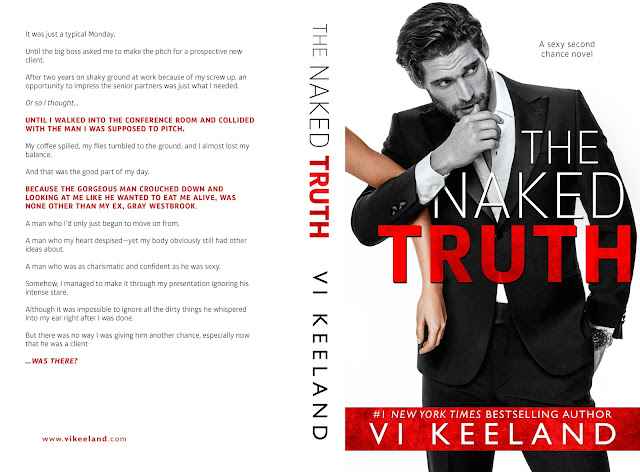 Prefer texts? Text the word BOOKS to 77948 and receive an alert when The Naked Truth goes live. (You will only receive new release alerts!)

BOOK REVIEW: 5 STARS
As always, Vi Keeland has delivered an absolute must-read! Just when I thought this was a lighter book, the rug was taken right from under me.

The first half of the book is mostly spent with us meeting Gray and Layla. We got to see what had happened to them both individually and as a couple and why they were how they were currently.

Vi Keeland threw a curveball I sure as hell did not see coming and that surprise shaped the entire second half of the book. The story stopped being light and funny and it became quite the emotional rollercoaster. There were times where my heart physically ached for Gray AND for Layla! Let’s just say, Gray was a GOOD man, dammit, but he and Layla could not catch a break at times.

Anyway, THAT is all I really CAN say and keep this a spoiler-free review.

Do know that you will fall in love with Gray and root for him from the very beginning. You will want him to succeed in every way possible because like I said, he is a GOOD man and not to mention, swoony AF.

What a fantastic read! Truly a 5 star book that I highly recommend you grab!

About the Author:
Vi Keeland is a #1 New York Times, #1 Wall Street Journal, and USA Today Bestselling author. With millions of books sold, her titles have appeared in over ninety Bestseller lists and are currently translated in twenty languages. She resides in New York with her husband and their three children where she is living out her own happily ever after with the boy she met at age six.

Do you like texts better than email? Receive text notices of Vi’s new releases by texting the word BOOKS to 77948 You will ONLY receive a text when a new book goes live - no other messages at all!