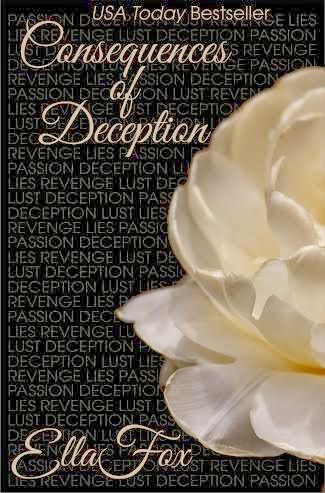 Consequences of Deception
SYNOPSIS:
Once upon a time, girl met boy and a love story began.

Their future was assured until tragedy struck and deceptions were made.

There are consequences to every action, and the Consequences of Deception are always the most punishing.

Sloane Evans lost nearly everyone that she’s ever loved, but losing Killian Brandt left a scar that never healed.

Four and a half years after turning his back on her, Killian steps back into Sloane’s life in the most shocking of ways, giving her no choice but to abandon her life and go with him.

Why would a man buy a woman that he hates?

Not everything is as it appears.

Love is beautiful, revenge is ugly, and lies destroy lives.

Prepare to discover the Consequences of Deception.

Sloane and Killian……they had a forbidden love affair to start. Sloane loved Killian. She was underage at 17, and he was 6 years older, but love doesn’t have an age barrier, as we all know….the heart has a mind of its own. Sloane wanted him and he wanted her. Their affections for one another ran deep and they had years of build up behind them since they were family friends and grew up around each other. I could definitely feel the intensity between the two of them.

“God, Sloane…this is so fucking wrong. You don’t know what you’re asking for. The things that I want to do to you right now…you’re too young. Sex isn’t always champagne and roses, princess. I think if you knew how wild it gets—you would run. You should run.” ~Killian

One particular night, it got very hot between the two of them….and I think it really set the pace for the ‘rest’ of the story. As you can see, Killian let her know at the ripe age of 17 that sex wasn’t what you always think it is. It was definitely a ‘telling’ side to him.

Love only knows what the heart tells it. So when circumstances cause heartbreak and confusion, the heart grows cold and it starts to hate.  Poor Sloane was handed a lifetime worth of grief in one night, and the poor girl had her world turned upside down!!

Lies are told. Actions are taken. Hearts get broken.

We jump to four years later and Sloane isn’t living ‘her’ life for herself. She is under lock and key. Unfortunately, after everything that happened, she was handed the worst deal ever. She was forced to live with her uncle and his wife, and the way she had to live; that was SO NOT COOL. She also lost the best thing that ever happened to her….she lost the one true love of her life. Killian was her everything, yet he turned away from her. She fought for years to find out what happened and where he went, but she didn’t get any answers….only more pain. So Sloane was biding her time until she could do what she had to do in order to make life work out in her favor.

Killian hated her….literally hated her, yet we didn’t know ‘why’. The pain he has, the anger he holds onto and the heartache he bears adds to the backstory of his suffering. I’m pretty sure Sloane hasn’t moved on mentally or emotionally…even though it’s been 4 ½ years, so I imagine that she hid it rather well. When Killian shows up one night at an event, we see that she doesn’t exactly want to deal with him, but he sure is a great site.

Killian is really here—right in front of me. I silently chastise myself for thinking that even with his body concealed beneath layers of clothing he is the sexiest man alive. ~Sloane

At this point, he storms over to her and informs her that he has come to take her with him. Now, she doesn’t exactly put up a fight, but she isn’t going easily. She needs to find out what’s going on, and when he tells her why, she has no other choice but to go with him. She’s a very smart, but compassionate girl and so she follows him out. She doesn’t make a scene and lets him take her, but when she finds out the whole ‘deal’, she is shocked. I am too!! She now belongs to him. Ummmm….yeah. What??? Yes….she belongs to him.

Against my will, my jaw drops as I stare at the clearly insane man standing in front of me. At some point Killian has gone from being a jerk to a crazy asshole. ~Sloane

After everything settles and she knows that she is going to be with him, the conversation flows better between them, but he is a very cold man. He is so mean to her, but this is also where I started to see that he is also hiding his feelings. We see that she still has feelings for him as well, since they surfaced rather quickly, but her mind is fighting with her heart.

It’s been years since I felt this…charge. I miss it though, every single day. I keep wondering when, or if, this feeling will ever go away, but the truth is that I realize that the answer is no. ~Sloane

This love that they had at one point was pure and intense, so it didn’t truly go away. No matter how many lies were told and believed, no matter how much anger and betrayal came in between them, their love was there. It was buried deep within her and she didn’t really know how to grasp the fact that he took her and that she is starting to feel things again.  Her heart and mind are warring with each other. She truly fought with herself about this a few times and sometimes made me laugh.

“Meanwhile, my inner ho, traitor that she is, jumps up and down, clapping like a goddamn idiot”. ~Sloane

The story is a very deep, intricate tale of how lies and deceit play in evil minds and how things get twisted out of control, but it’s also an extreme love story. It was action packed and had many twists, ones that I didn’t even see coming!

“There are always choices. You made yours a long time ago. It’s time for you to feel the consequences.” ~Killian

I loved, absolutely LOVED, seeing the fact that her teenage crush….no, her teenage LOVE, came back to her under crazy circumstances and with that, the most intense love affair took place. He couldn’t fight what he knew all along, and she couldn’t either. Diving into this book, not knowing how this all worked out, I felt that this was an enjoyable book. I wasn’t too sure that I could see their love resurface after what happened and how it all took place, but the heart knows!! The heart knows….and the love was there. I loved watching it grow!!

I give this book a very intriguing 4 stars. I honestly felt that I had to continue reading it…I needed to find out what was causing all this heartache that Killian was fighting. I didn’t want to put the book down and all the spins and turns really threw me for loops!

Sir Walter Scott said it best: Oh, what a tangled web we weave when first we practice to deceive. And trust me when I say this; this quote ran through my head during the WHOLE book……and then it was quoted at the end book. Great reference there!! 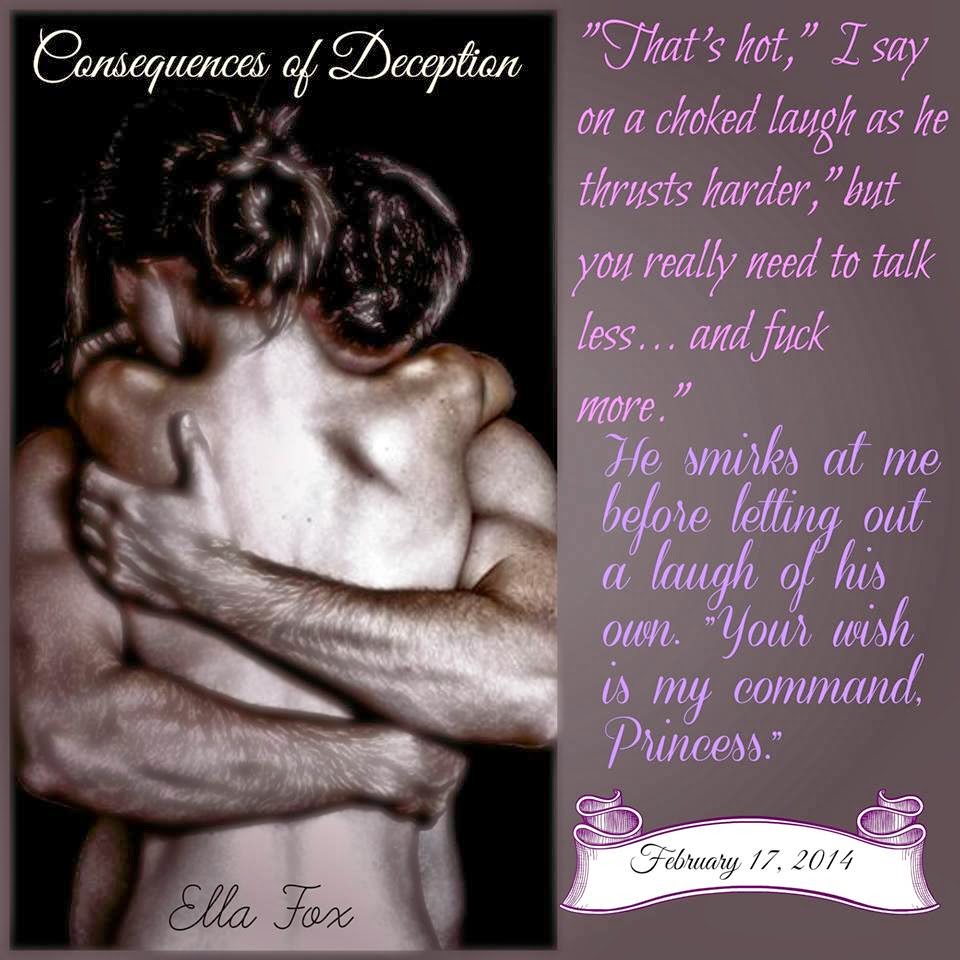 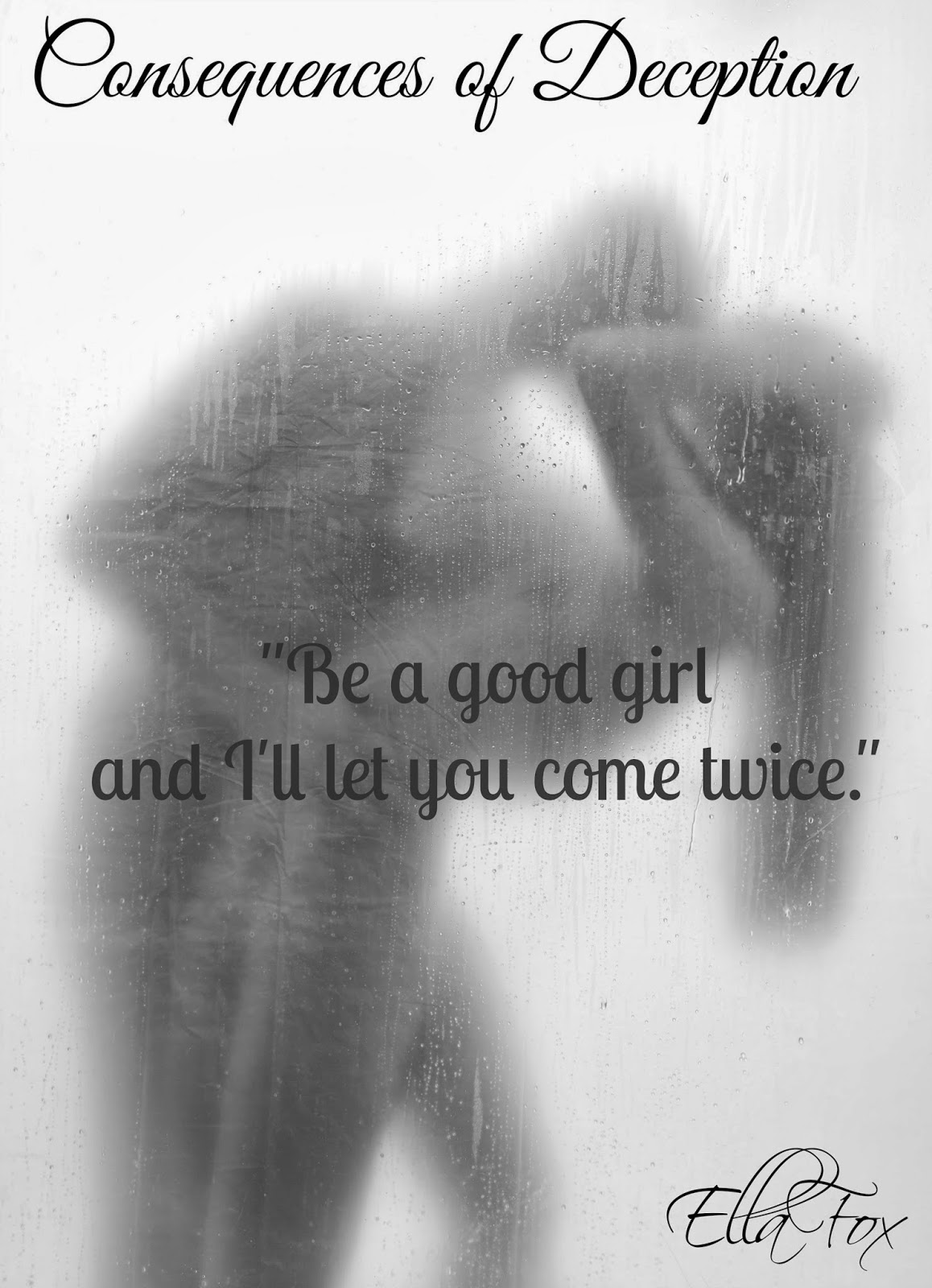 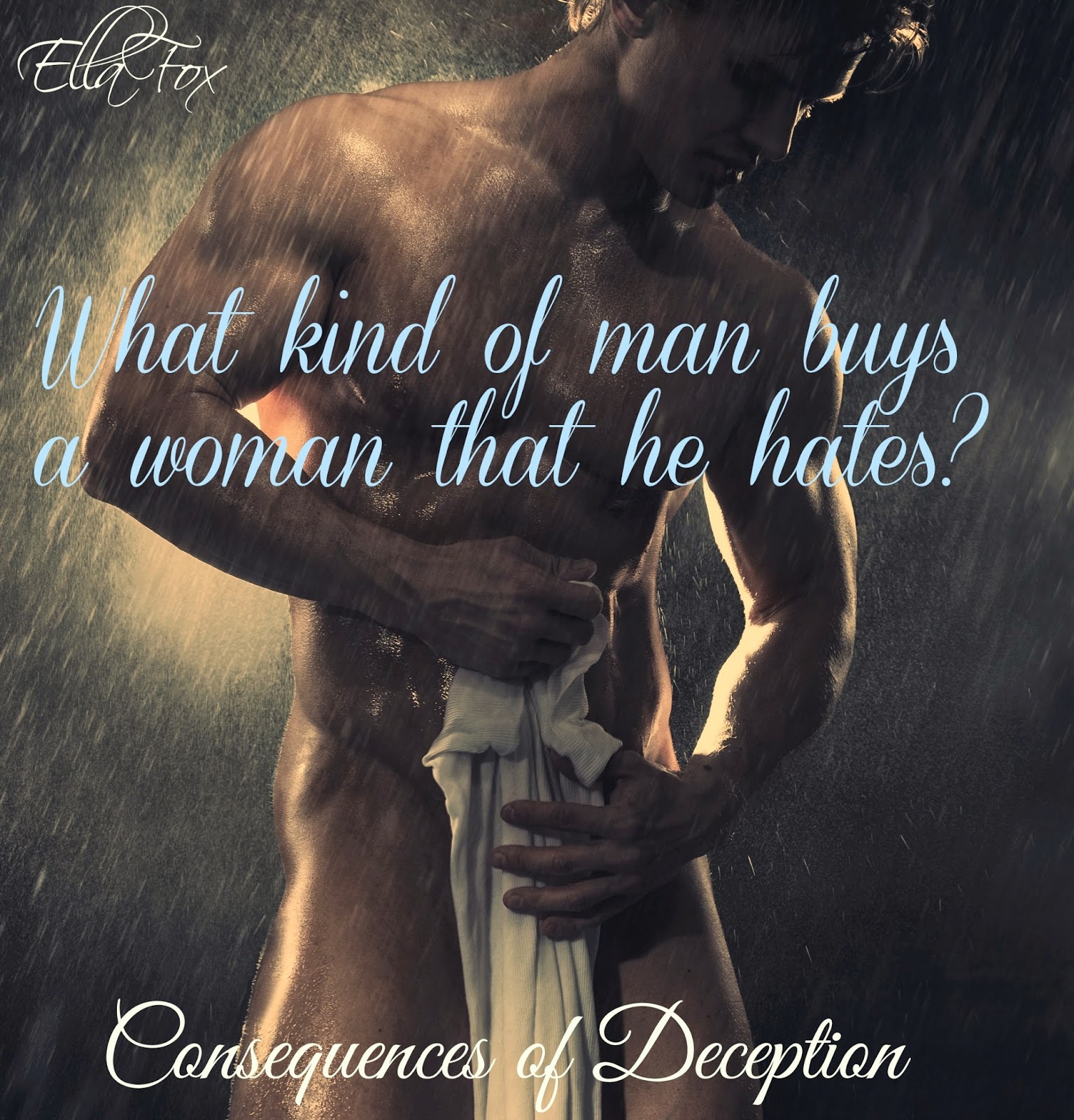 About the author:
Ella Fox

When she’s not writing, Ella indulges the gypsy in her blood and travels the country. Ella loves reading, movies, music, buying make-up, reading Tmz, Twitter and pedicures… not necessarily in that order. She has a wild sense of humor and loves to laugh. Her favorite thing in the world is hanging out with her family and watching comedy movies.