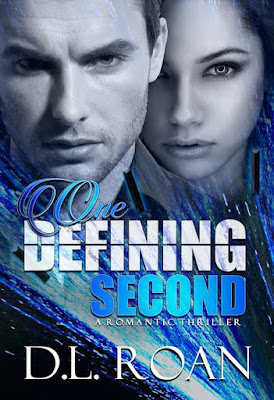 For Dax Keller, that second came with a promise he can’t possibly keep; to protect his best friend’s sister at all costs. There’s only one problem. Balancing the weight of his promise with his crushing attraction to the feisty redhead has proven to be impossible. He’s made so many mistakes, told so many lies, she curses the ground he walks on when he needs her to trust him the most.

The star witness in a federal human trafficking case, someone wants Rebecca Danes silenced, permanently. And now, the one man who’s cost her nearly everything, wants to protect her? The only person she and her misguided libido need protection from is him! She has a case to solve, a child to rescue from the clutches of a ruthless human trafficking ring, and nothing or no one—not even the demi-god of testosterone, Dax Keller—is going to stop her.

When Dax joins Rebecca on an international race to save a young boy from a brutal fate, he discovers the true impossibility of his task. Moving hell and earth to keep her out of an assassin’s crosshairs will be the easy part. Earning Rebecca’s forgiveness, and ultimately her heart, may kill them both.

From The Author: One Defining Second is a fast-paced, heart-pounding romantic thriller about survival. Dax and Rebecca's story takes you deep into the underworld of human trafficking, and the monsters that live there are very real.

Human sex trafficking is the third largest organized crime in the world, and growing every day. Dax and Rebecca's love story is one born of a bone-deep passion; for each other, and to save the innocent from such a cruel fate.

Visit dlroan.com to meet the real abolitionists and find out how you can help.
ADD TO GOODREADS 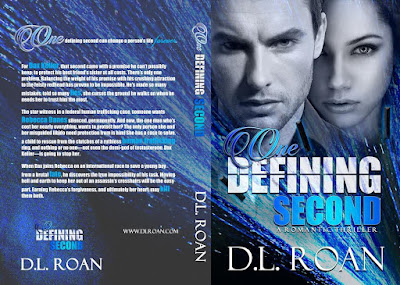 ~4 Stars~
Every once in a while, you have an author that pushes you out of the genre(s) you generally only read in and lets you dip your toes into a new one and you actually enjoy it. I wasn't a huge fan of action/suspense books, and then I started DL Roan's When Seconds Count Series and knew that I would read every book she put out in that series. The characters are so diverse, but so intricate and deep. They all have their own personalities and you can't help but want to help their cause.

One Defining Second was a heart-beating book! We met Dax at the end of Grant and Thalia's book,  Second Nature, and I knew immediately that he was going to make me smile!! I loved his alpha take-charge attitude and he had no qualms about making sure Rebecca knew he meant business.  And, let the record show, his dimples made me swoon. I love a man with deep dimples....they are so delicious!

A man who could apparently stop her heart and make it beat again all in the same breath.

Having said that, visiting the characters from Second Nature in this book was SO GOOD!!!!! So good!! I loved being able to see what Grant and Thalia were up to, and the intensity in their relationship never died down. I loved the work they were still doing, the questions they had for their 'life after' and how they went about doing it. I especially enjoyed how they played into Dax and Rebecca's storyline and felt that they were an intricate part of it.

Dax and Rebecca have a story worth reading. Dax has some secrets he can't really explain to Rebecca, but the emotional unrest it causes by not coming out about it really sets the pace. I really loved the restraint he showed, but the emotion that he held was so overpowering.

He scrambled her already confusing thoughts and made her want things she knew he couldn't give her.

The emotions in this book are HIGH. It's an intense, fast-paced read about child trafficking and you can really tell it's near and dear to DL Roan's heart. She writes with emotion and determination behind her words and it is so good to be able to read and feel that through her words. When we get to the root of the story, the passion behind Rebecca's journey through this book is not lost on me. It is an action/suspense book, but there are some brewing feelings between Dax and Rebecca that add such a soft touch to this book and it added to that next level for me. I need some lovin' in my books and this one had some funny moments and some really fast paced intense moments, but some honest irresistible times between these two that allowed the pace to slow down so they could just FEEL the emotion between them. They had no choice but to feel.....just allow it to overcome them. I loved those moments between them.

DL has a way of making her characters fight for their love....it's never easy, it's never one sided, but it's also never wavering. Deep, emotional, tumultuous love.


He knew that, in that one defining second that he saw her, his life would change forever.
*An ARC was provided in exchange for an honest review* 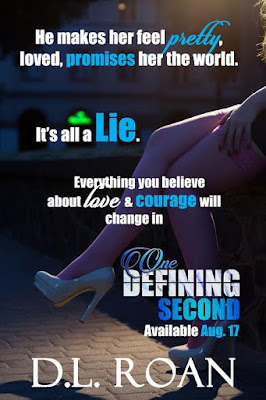 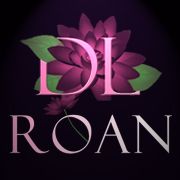 After years of schlepping for the corporate world in an endless rotation of tasteless cube farms and cold coffee, DL Roan decided to give a little attention to the sexy voices inside her head and begin anew. Whether it's menage, action-adventure, passion-filled suspense, sexy cowboys, assassins or angels, DL's novels are sure to keep you on the edge of the page reading long into the night.

She loves to hear from her fans so stop by one of her many hangouts listed below and say hi.