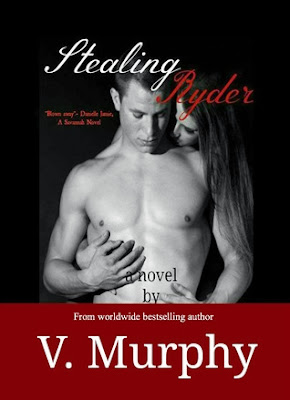 Synopsis:
“I will pick up the pieces of your past and steal your heart forever, Ryder."

She stole his heart in Sharing Harper but will he be able to change his bad boy ways and do everything he can to prevent his ex and his family from destroying their relationship before it even begins?

Ryder Kent, 28, comes from a broken past full of secrets, suffering and a shattered marriage. His daughter, Evelyn, is his entire life until he met Harper, 21, a few months ago and everything changed. Harper is the reason he wakes up in the morning, but no one can seemingly accept this from his past. The pain he suffered years ago comes back to surface and Harper will have to work to save their relationship from ending.

Will Harper & Ryder be able to save their relationship and overcome the challenges they face or will they end up broken in the shadows of the past?

Follow Harper & Ryder on their continued journey in Stealing Ryder.

Picking things up one month after book one, Sharing Harper, ended, we had Ryder and Harper pretty much in love…living in bliss. But just how long can this feeling last if there really is no trust? If there are doubts and insecurities floating around? Struggling with issues from their past, their relationship is put to the test.

“I felt like I had to work to steal him from his past, and I wasn’t sure if I had the gusto in me to continue fighting for him. Essentially, his past was going to win and take him away from me.”

Kylee. Someone that Harper really wished wasn’t a constant in Ryder’s life. But things aren’t always like we want them to be, and Kylee would always be there. She was Evie’s mom, after all. At first, I understood Harper’s fear and anger towards her. It seemed that Kylee wanted nothing more than to take Ryder away from Harper, all while using Evie as an excuse. There were even moments where I felt angry with Ryder. Talk about not handling things well... Grr!!!Which brings me to my next point -- the wedding.

Ryder’s friend from back home, was getting married. Problem? He didn’t know Ryder and Kylee had gotten divorced. Bigger problem? Ryder didn’t think of inviting Harper to go to Texas with him since he didn’t get a ‘plus one’ and she was starting school again. Seriously, Ryder? REALLY! Not the smartest move in the book, Mr.! I was so pissed. Like seriously, angry with him. I mean, poor Harper! No wonder she was so insecure! Having your boyfriend go back home, to a place he hated for very personal reasons, with none other than his ex-wife? C’mon! Hell, I was angry and hurt. Which is why theeeeeen, Harper pissed me off! She forgave him too damn quickly!!! I would have made him suffer a tad more. Hahaha!!! Safe to say that from that point on, it was Harper that got on my nerves, and not so much Ryder. But don’t get me wrong though, I’m a sucker for angst and V. Murphy can sure write angst-filled scenes!

“I was acting completely irrational.” – Harper

Yep. I agree. But let me explain why. You see, Harper decided to go to Texas, after all…to be there for Ryder. Things had been off between them and the distance wasn’t helping. She wanted to be by his side, especially with everything Ryder was going through with being ‘back home’. But as luck or rather angst, would have it, Harper just had to walk in during the worse time. My heart sunk for her. Seeing what she saw sucked BIG TIME. But… buuuuuuuut…. At the same time, I get WHY Ryder was doing what she walked in on. I understand it and agree with him. Obviously, you’ll have to read the book to know what I’m talking about, but I will say that I think Harper over reacted. I get why she felt hurt but if only she would hear Ryder out…. Sheesh!!!!

Luckily, V. Murphy doesn’t shatter our hearts completely. You see, Harper had the very best friend any girl could wish for. You know, the one that really knows you. Yep. That’s how Skye was with Harper. She knew how to handle her. So leave it to Skye to fix things when Harper’s stubbornness was getting the best of her.

“I will pick up the pieces of your past and steal your heart forever, Ryder.” – Harper

Back at a happy place, things were once again great for Ryder and Harper. YAY! In fact, things were wonderful. And then….the end. WHAT! Okay, so I THOUGHT the series ended with this book. So that happy but abrupt ending literally made me freak out! But NOPE. It sure doesn’t end here!!!!!! *shocked face!* Obviously, once I read the words “The End,” I swiped that page like my life depended on it! And then, the beautiful words appeared. Epilogue.

Oh. My. God. To say it surprised me, would be an understatement. *shocked face* uh-gain. I was NOT expecting this little turn of events.  I want… no, I need that third book!! Pronto! So yeah, relationship wise it ends great…plot wise, HOWEVER…….Cliffhanger. I must say, props to Ms. Murphy for that ending! It really hooked me even more to the series!!! Go one-click!

“This was the truth. We were forever. No matter what. It would always be us.” 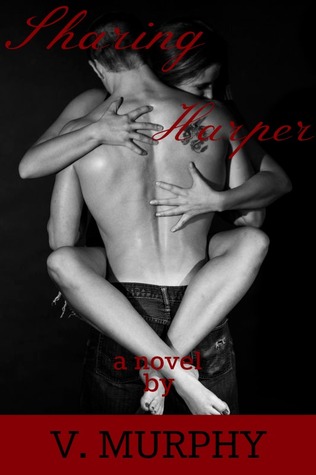 Synopsis:
“I’m not very good at sharing, especially when it comes to you Harper.”

A pain too hard to understand.
A struggle too deep to reach.
A love too complicated to work…but too intense to let go.
Harper Mae ran as far away as she could from her abusive past. She went to a different city and numbed her pain by using men, never sleeping with the same guy more than once.
Ryder worked at a coffee shop trying blend in with the rest of the world, desperately trying to live a normal life. After leaving a relationship and losing his family, he vowed never to fall in love again.

Until one day they are unexpectedly drawn to each other unable to let go.

Harper and Ryder’s turbulent relationship, two people who are struggling to find themselves, realize the answer lies within each other.
Secrets, so deep, that both have, end up surfacing causing irrevocable pain.
Will their love be strong enough to survive or will their pain be the downfall to their relationship?


Will Harper open up enough to share her past with Ryder or will he be just another number on her list?

About the author:
V. Murphy 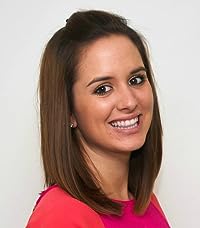 Hi! I am V. Murphy and I love everything about reading (some may call me a bibliophile). I am a current graduate from the University of Illinois Urbana-Champaign and heading out west to live the California dream while pursuing my masters degree in school counseling at the University of San Diego. You can find me writing in a Panera, small coffeeshop or on campus. When I am not spending my time in school or reading, I love to write, bake and shop. Thank you for taking your time to pick up and read my story. I hope you loved it as much as I have loved writing it for you. If you would like to know more about me and the books in progress, look me up on the 'net.