Book Blitz Tour + Giveaway! "What Goes Around" by Anne Bikov 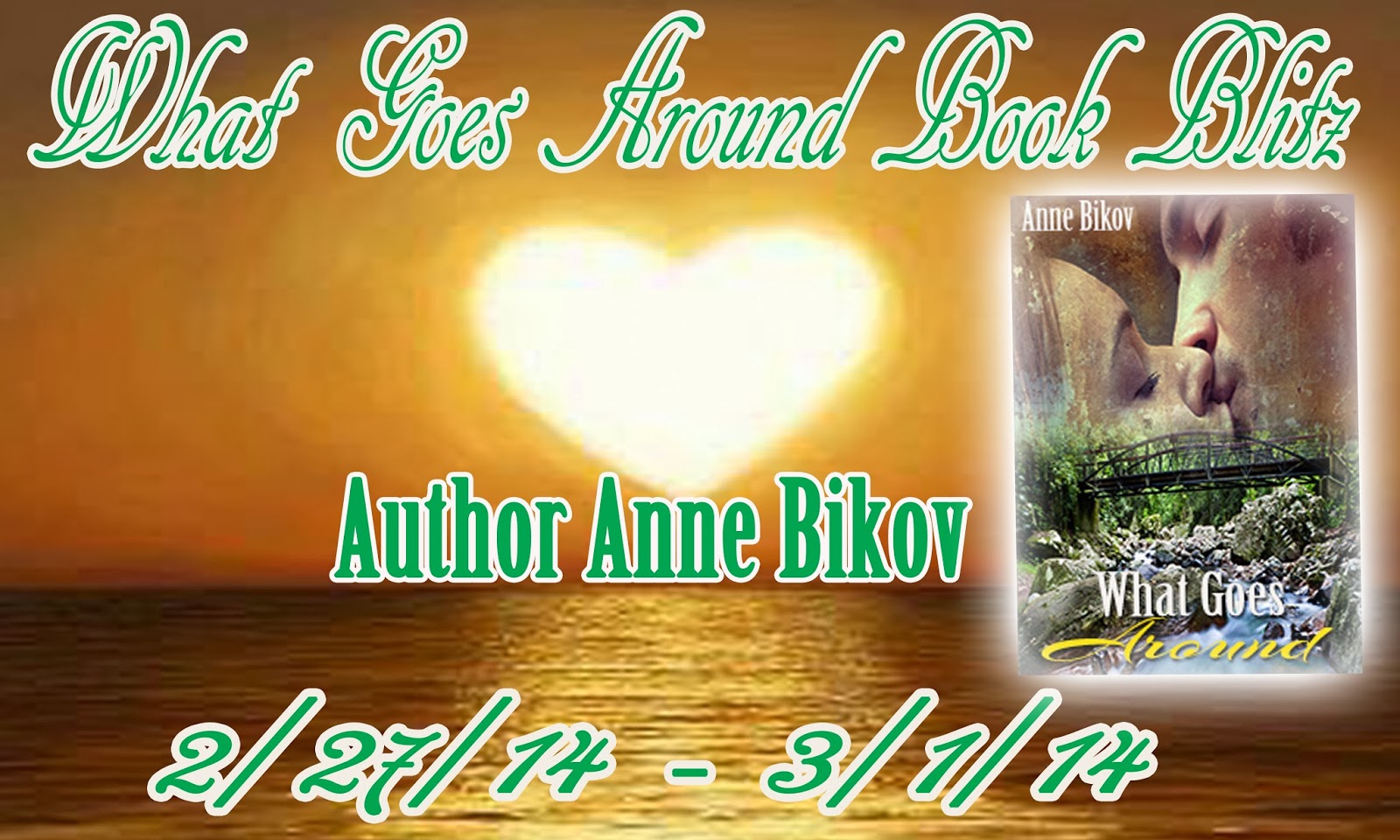 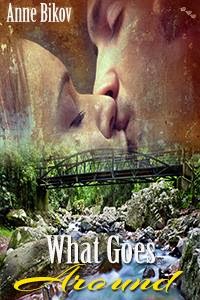 What Goes Around
Synopsis:
What if your loved ones kept ending up hurt, in danger, or even dead?

After Randie Duncan’s brother is killed in a suspicious industrial accident, leaving behind a pregnant fiancée, Randie leaves her dream life in NYC and comes home to Cullville, WA to mourn and heal with her sister, but has no intention of staying there permanently.

Following a painful break-up, Joe Baxter guards his heart carefully, but when well meaning friends match him up with Randie, he can’t fight his immediate attraction to her. As they grow closer, Randie finds herself debating the idea of returning to NYC, but Joe isn’t the only one who finds her magnetic. When a suspected stalker attacks her, things heat up. Joe believes the attacker may be the town’s troublemaker and mill owner’s son, Jared, who is paying too much attention to his late friend’s fiancée, but will he be able to prove it before someone else gets hurt?

Randie lifted her head and pulled back slightly, looking up into Joe’s eyes. She wanted him to kiss her and she wanted it to happen now, before the song was over. What she hadn't expected was the effect his kiss would have on her entire body. When Randie looked up at Joe, he had a look of mixed emotion, confusion and interest, and then he did exactly what she was hoping he would do. He bent his head down to hers and softly kissed her lips, once and then again. When he pulled back, she wanted more. She looked from his eyes to his lips and back to his eyes again, and ran her thumb over his bottom lip. She grasped the nape of his neck, running her tongue quickly over her lower lip and opening her mouth just enough. He leaned in again, placing his hands on either side of her face, and when the kiss continued, deepening, he pulled her closer putting his right hand on her back and his left hand in her hair. As the intensity of the kiss grew, so did her body's reaction. They were lost in the feel of the music and the kiss combined, pressing their bodies as close together as they possibly could until finally Joe stopped. He pulled his lips away and kept his eyes closed, as Randie relished in the effect. He leaned his forehead against hers, breathing deeply. He put his arms around her and, pulling her close, buried his face in her neck, lifting her feet just barely off the ground. After a moment, he lowered her, gave her one more quick kiss and then took her hand and led her off the dance floor.

About the author:
Anne Bikov

Anne lives in the wilds of Northwest Ohio splitting her time between writing and her evil night job (no, it's not what you think). When she's not writing, she's finding new TV shows to add to her already time-consuming line-up, exploring her newly discovered love of blended coffee drinks, and trying to coax her substantially less that vicious dog out from under the bed. 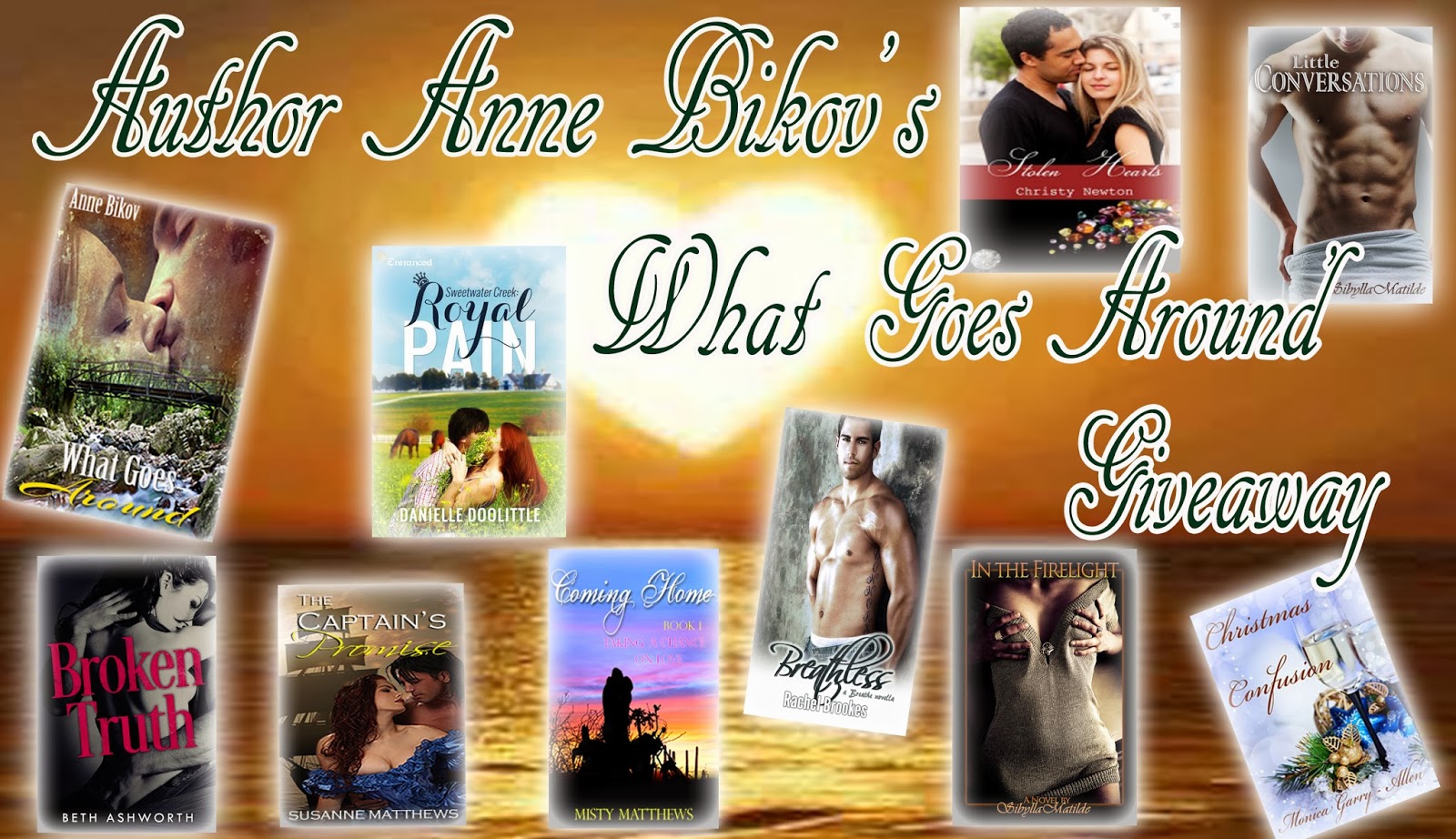