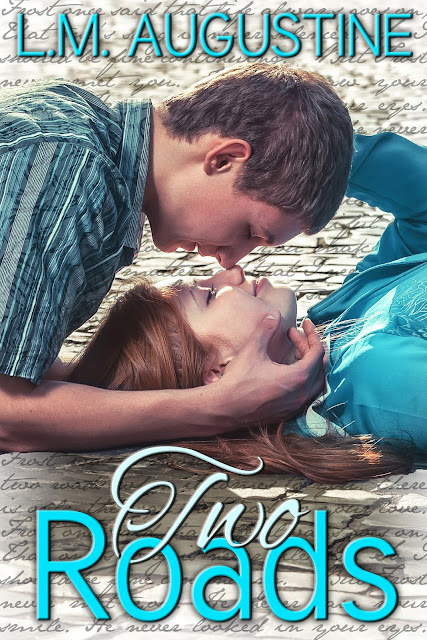 The only person poetry-loving Cali Monroe hates more than herself is Logan Waters, the geeky kid who lives in the dorm building next to hers.

Ever since Cali's parents told her she would amount to nothing, she has felt entirely inadequate. Friendless and alone, she takes on the mean girl role in hopes it will make her feel better--and Logan serves as the perfect target. He infuriates her with his obnoxiously long lashes, his all too perfect dimpled smile, and his complete lack of personality outside of his intelligence. It doesn't hurt that he's part of the reason her brother is dead, either. So Cali hates him, and he returns the favor. Thus, their prank-filled, insult-driven rivalry is born, and torturing Logan quickly becomes the highlight of her life.

But when Cali's parents set them up on a blind date, she begins to realize Logan might not be as boring as she always thought. He shares her love of poetry, takes a sadistic pleasure in making fun of crepes, and he makes her blush when he calls her smile pretty.

And hey, maybe those long lashes of his aren't that obnoxious after all…

Two Roads is New Adult Romance about finding love, standing out, and learning to embrace who you are. It contains some language and mild sexual content.

About the Author:
L.M. Augustine

L.M. Augustine is a YA romance author who is obsessed with writing about dorky teenagers, love, and happy endings. He currently lives in New England, where he spends far too much time reading books and screaming at his computer, and he believes that the solution to the world’s problems can be found in chocolate cake. Click To Subscribe is his first novel, but it won’t be his last.


Other books by L.M. Augustine.. 1,135,789. That’s how many subscribers sixteen-year-old West Ryder has on his web vlog series. But he only has eyes for one of them.

As one of the internet’s most prestigious video bloggers, West talks about high school relationships under the name “Sam Green.” As far as he knows, no one from school, not even his best friend, Cat, has seen his videos. But the highlight of the whole thing is Harper Knight, who comments every day at exactly 2:02 in the afternoon. He doesn’t know anything about her aside from the occasional deep philosophical messaging on why pizza tastes so delicious, but as stupid as it sounds, he might be falling for her. So when they finally agree to meet in real life, West’s hope for romance seems more and more in reach. But that all changes as soon as he arrives at their meeting spot and sees Cat walking toward him, wearing the same “I <3 Sam Green” T-shirt Harper promised she'd have on.

To his alarm, West realizes he is falling in love with the best friend who has always been a sister to him.

Posted by HEA Bookshelf at 8:55 PM