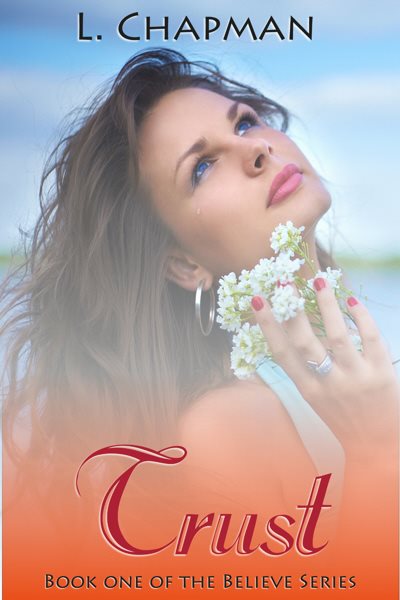 Lovely Megan Madden has lost her faith in men. But this has not kept her from the joy of her best friend's up coming wedding. While in London shopping for the big event, Megan's life takes a surprising turn when a quick drink brings changes to her life she never saw coming. Join in the roller coaster of emotions Megan must endure as she attempts to regain her TRUST.

Who knew a quiet drink could change your life?


"I want someone I can trust; someone who wants me for me, and no other."

Right at the beginning of this book I had a "whoa, what!?" kind of moment due to a "little" detail related to Megan, the lead female character. I won't say what it is since it's not mentioned in the synopsis, but I'll try my best to go around it. That said, it is something that in my opinion made the concept behind this book to be a refreshingly different one.

Running wedding errands in London with her best friend, one night, they decided to go to a club. There, Megan met Mark. They started talking and getting to know each other right away. That same night, Mark started texting her .... a bit too much in my opinion. I mean, they had just met and some of the things he'd say in those texts seemed... I don't know... stalkerish? I had mixed feelings regarding him at that point.

As the story progresses, so does their "relationship." Megan kept making it clear that they were nothing more than "just friends." She had to keep him at bay because of that "little detail" I can't explain because it would be a spoiler. Let's just say, she had "something" to protect and not to mention, she had trust issues where men were concerned.
This however, did not stop Mark from making it abundantly clear that he wasn't going anywhere. More into the book, I started to actually like Mark's romantic side.. yes, he was a bit intense right off the bat, but like I said, throughout the book, I found him to be very attentive to Megan's "special" needs --> (doesn't have anything to do with sex). In fact, they never have sex (just wanna throw that out there.. tee hee)

"I can't imagine my life without you."

"You're more important to me than anything."

"Fate brought us together."

As I started to like Mark more and more, I started to dislike Megan more and more.  I get some of the things she did, or rather, didn't do... but most of the time I kind of wanted to smack some sense into her.
Regarding the ending... it was actually beautiful, and I remember literally saying "finally!!!" during a specific moment. There isn't a cliffhanger which was a plus since lately I had read like 3 books back to back with cliffhangers!
Overall, I think this book has a lot of potential to be truly great. Maybe it just needs more character and plot development, or maybe it was just me.
But, like I said at the beginning, the idea behind the story line was refreshingly different and a huge plus for me.

"...everything happens for a reason. You must believe in it and trust that it will work out."

“Jenny, these dresses are the same, right?” I inquire as I stand in front of the two dresses, feeling them; they are both made out of some thin cotton material, perfect material for January.
Her green eyes sparkle as she walks towards me. “Yes, they are the same. You know me, if I like a dress I get it in every colour I like.”
Both dresses are strapless, straight up and down with a ripple section across the chests. Jenny always chooses amazing dresses, very pretty and elegant, never anything too long. She loves her legs. The dress is amazing, not something I would wear, as it is too short for me. Jenny will look amazing in either.
“Go with the purple one Jenny. You look good in purple especially that shade; I’m going to get changed.”

L. Chapman was born in and continues to live in Northallerton, United Kingdom. She has spent most of her life helping others as a health care assistant, and was, at one time, a DJ for a special needs club. Blending her love of helping others and her love of children, L dreams to one day own and operate a childcare nursery that will help mainstream special needs children with others.

In the rare times that L. is not working to help others or maniacally writing, she enjoys making a mess of things while creating beautifully detailed greeting cards. She spends time relaxing with family, friends, and good books. L. loves to travel and has been to many places in the United Kingdom; her favorite places all involve the ocean. She hopes to one day share a kiss with her happily-ever-after in the romantic shadow of the Eiffel Tower. Should she ever get over her fear of flying, those kisses may be shared in the shadows of the Egyptian Pyramids.

Posted by HEA Bookshelf at 9:39 PM