Book Review: "Hold Me Together" by Felice Fox 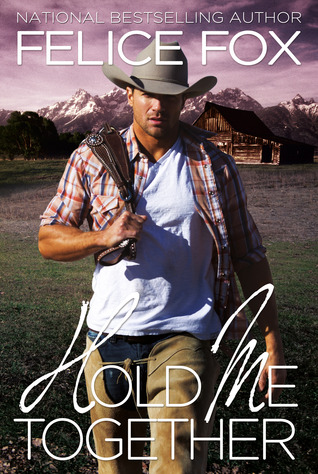 Hold Me Together
(The men of Cameron Ranch #1)

Synopsis:
After boot-stomping all night with every last Cameron man on the ranch, Holly can't wait to get her honeymoon started with her new husband, Gavin. He's her dream come true--smart, rugged and kinky as hell, but the very best part is marrying into his big family; a close-knit, loving clan who take care of each other. She'd never had that. Ever. "Do you take this man...?" was the easiest question Holly ever had to answer.

But when Gavin poses a new, unthinkable question on their wedding night, Holly must choose between the idealized happily-ever-after she'd always dreamed of and something much more than she ever knew she wanted-- or needed. Yet her happiness isn't the only thing put at risk by the unconventional arrangement she finds herself in, and when everything Gavin treasures is threatened, Holly must decide if she can give up the family she'd always wanted for the family that wants her... in every possible way.

Warning: This story may make you squirm like a little roped calf. It is a grit-your-teeth hot romance intended for an adult audience which includes questionable consent and issues of polyamory/open relationships.

Hold Me Together is a novella with a complete happily-ever-after ending and no cliffhanger. It is the first book in a series about the men of Cameron Ranch.

Sometimes, being honest sucks. Plain and simple. As I sit here writing this, I feel SO bad because I’ve never had to write this kind of review before. But, here goes.

This book was not for me... well, not entirely. The book was good. The overall content had a smooth flow, the dialogue seemed natural and not forced in any way, and the characters were okay. However, I had too many issues with some of the scenes in this book that kept me from actually enjoying it. Let me explain.

This books starts off with Gavin and Holly about to begin their wedding night. Holly is extremely happy because she feels like Gavin is the man of her dreams… hot and kinky, to boot. But what Holly does not know is Gavin’s little secret. As things start to steam up between them, Gavin asks her to make a top 10 list of sexual acts she loves. Sometime during this, Gavin gets Holly naked and ties her to the bed. Once they’re done with the list, he leaves the barn they were meant to consummate their marriage in. When he comes back, his five brothers join him and Holly. Obviously, Holly begins to freak out because, like I mentioned just now, she’s naked and tied to the bed. To say she is shocked, would be an understatement….and I was right there with her. Utterly confused and surprised as to how a newly married man would allow his FIVE BROTHERS to see his bride in that…situation. Well, as Holly begins to demand answers, Gavin explains that in the Cameron family, they love differently. And by that he basically means that he wants to share her sexually with his brothers….because that’s how they do it in that family. WHAT! Well you see, as Gavin explains, they would all treasure her….love her body. Not at the same time or anything like that. But rather, each would have his time with her, and she would eventually, love each one of them back. Huh. Even though that turn of events kind of disturbed me a little, I like to think I have an open mind. So, I decided to keep on reading and not let it bother me. But here’s what did.

Now, the way the book is written -- in third person, allows you as a reader to know what the characters are thinking and feeling. So I know Holly deep down was curious and even interested, AND I know Gavin did what he did because he knew that Holly would eventually give in, but that still did not help me see this scene differently. I’m sorry, but it just rubbed me the wrong way. And the things the brothers would say.......... Sigh.

Throughout the book, we see Holly come to terms with her new reality. We see her have sex with the different brothers… sometimes with Gavin present, sometimes not. Again, this really didn’t bother me since I was keeping an open mind. It was, however, some of the things the other brothers would say when referring to Holly, that would throw me off. They were at times, too crude for my taste. I honestly don’t think the author meant to portray them that way, but that’s just how I took it....sometimes.

Well anyway, their relationship is obviously a very deep secret no one is supposed to know. But things start to get a bit out of hand between the brothers and Holly, and someone very important to them finds out. From this point on, things quickly escalate. They are all sort of forced, in a way, to see things differently. Towards the end, they all come to an understanding, so yes, the book does have a happy ending for Gavin and Holly. One I really liked, actually.

Basically, my issues with this book lie on the rape-ish scenes and on how the brothers (not Gavin) would sometimes talk to or about Holly. Sadly, this kept me from connecting with the story line and the characters. All this said, I can agree to the fact that this book was definitely hot and well written. Plus, there are a lot of people that have enjoyed Hold Me Together, so please, don’t let the fact that it wasn’t for me, stop you from reading it.

***A copy of this book was provided in exchange for an honest review. ***

About the Author:
Felice Fox 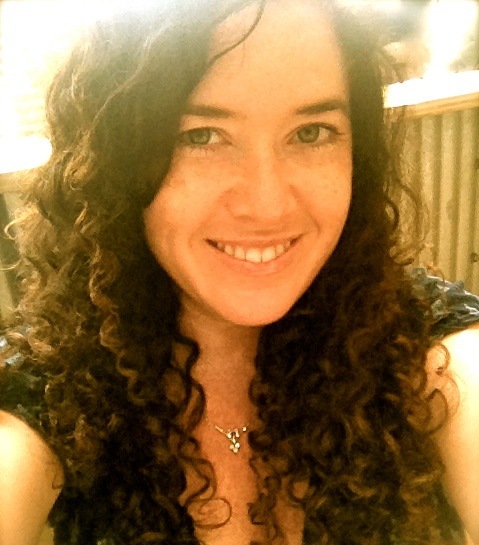 Felice Fox almost certainly time-traveled during a feverish bout with The Kissing Disease.

She began writing professionally in 2001 and is a bestselling author in the non-fiction market under another name. Her work appears in online learning courses and many popular websites too. Take Me for Longing, the first novella in the American Heartstrings Series, is Felice’s fiction debut.

Felice is a graduate of McGill University. She works, loves and listens to bluegrass music in Los Angeles, California.