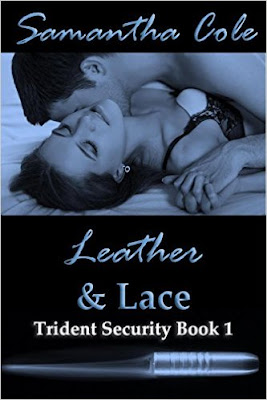 What was supposed to be a single weekend of mutual pleasure and dirty sex, turns into something more. But while they fight their growing connection, a killer has Devon in his sights and Kristen may end up as collateral damage. Will they survive with their lives and hearts intact?

~3-3.5 Stars~
This book was Samantha Cole's debut....and I must say, the synopsis got a double take from me, so I decided to give it a whirl. I am glad I did. So glad!!! Knowing this was her debut, I went in with an open mind and I was pleasantly surprised.

This book had so much activity surrounding the story that it really pulled me in. I think the author has a knack for telling a really good story and allowing you, as the reader, to become addicted and asking for more. I personally enjoyed that more than anything. The adventure we were taken on was well detailed and very entertaining. I was hooked and couldn't stop turning the pages. I found the action side of this book so very intriguing.


What I had a hard time with, was the actual dialogue. I love stories with dialogue, but this one seemed a bit forced in the main characters department. Some dialogue was easily read and I could relate to it, but when the main characters were talking and Devon was 'demanding' something, it just felt overly forced....almost to the point that I was uncomfortable. I have read quite a few BDSM books, so I am aware of how an alpha demands and expects to be obeyed....but it just missed the mark in some places. It was also told in third person and jumped from different points of view in one chapter when it appeared that they were alternating at some point. This did put me off a little and I had to re-read a couple spots a few times, but overall the storytelling was solid. I feel when an author is writing in third person, they need to have a good solid outline of the storyline and make sure they follow how they are telling the story.

I got a good picture while reading it and really wanted the story to continue, so I definitely enjoyed it. So much so that I am anxious to read the second book in this series. I want to see if the author has gotten more comfortable as she has continued her writing. I would recommend this book to anyone that wants to read a good action-packed romance book. These boys are nothing short of sexy....hence the name "Sexy Six Pack" used to describe all the men of Trident Security.
~A complimentary copy was given in exchange for an honest review~ 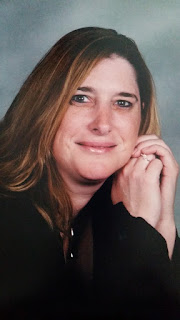 ~Samantha Cole~
I am a retired policewoman and former paramedic who has started my third career as an author. I have lived in the suburbs of NYC all my life. I'm planning on becoming a 'snow-bird' soon and splitting my time between New York and Florida. My two dogs keep me company and remind their 'mom' to take a break from writing every once in a while and go for a walk, of course with them in tow.

I've been an avid reader all my life and was often found with one or two books in my hand as a child (yes, I was reading two books at the same time!) After being gifted with a stack of romance novels from my grandmother, my love of the genre began in my teens and blossomed further in adulthood. I am continuing to work on the Trident Security series and also have a few stand-alone books planned as well.