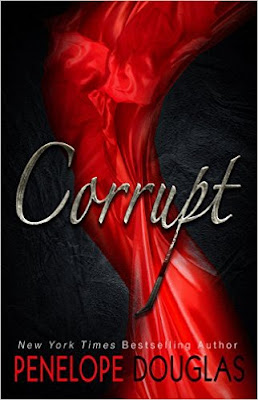 I was told that dreams were our heart’s desires. My nightmares, however, became my obsession.

His name is Michael Crist.

My boyfriend’s older brother is like that scary movie that you peek through your hand to watch. He is handsome, strong, and completely terrifying. The star of his college’s basketball team and now gone pro, he’s more concerned with the dirt on his shoe than me.

But I noticed him.

I saw him. I heard him. The things that he did, and the deeds that he hid…For years, I bit my nails, unable to look away.

Now, I’ve graduated high school and moved on to college, but I haven’t stopped watching Michael. He’s bad, and the dirt I’ve seen isn’t content to stay in my head anymore.

Because he’s finally noticed me.

Her name is Erika Fane, but everyone calls her Rika.

My brother’s girlfriend grew up hanging around my house and is always at our dinner table. She looks down when I enter a room and stills when I am close. I can always feel the fear rolling off of her, and while I haven’t had her body, I know that I have her mind. That’s all I really want anyway.

Until my brother leaves for the military, and I find Rika alone at college.

The opportunity is too good to be true as well as the timing. Because you see, three years ago she put a few of my high school friends in prison, and now they’re out.

We’ve waited. We’ve been patient. And now every last one of her nightmares will come true.

3.5 STARS
This was my first book by Penelope Douglas and I will admit....the synopsis when it was revealed hooked me. I was drooling over the possibility of this book and the darkness of it, all the while having a 'hidden protector'. I was seriously intrigued. I started in on this with high expectations because of all the hype I have heard about it. I will say this, I definitely enjoyed this book. It was a good book.

The synopsis tells you what you need to know in order to jump in....because that is what grabbed me.
Angst? Check
Complex characters? Check
Storyline that made you turn the pages? Check
Love that surpassed any and all road blocks? Check
This really was one that kept me turning the pages and continuing to read it. I wanted to figure out the big secret....I needed to know what happened and who/why/what was going on!! We saw Rika grow a lot and come into her own. We saw Michael man up and mature right before our eyes. We saw challenges....and we saw determination. This book revolved around an evil game that just took you through the wringer. I really liked the ups and downs of this book. It was really intense. The actually shocking twist had me gasping. Like, totally hand to mouth OMG gasp!! Really well played....I had an inkling, but to see it play out was really good.

However, down to the wire.....it didn't quite live up to the hype for me. Not that the story wasn't a convoluted, twisty-turny, amazingly complex story as you weave in and out of the past and the present while putting their story together. That was amazing. I loved how crazy the characters were, I loved how the story played out....until.the.very.end. It was way too over the top for me. It was HOT. It was busy. It was excitement running rampant through the pages. I just don't like endings that go that far over the top....it was way too unrealistic to me.

Will I read her books again? Hell yes! She can write a mean story....she can work you up and throw you down, all the while wrapping you up in a blanket. I have no doubt that her other books will do the same and I fully intend on jumping in to more. I really LOVED this story until the very end. I did. Would I recommend this story? Oh yes!! Easily....because what didn't work for ME, clearly worked for a lot of others. And that's the best part. It was an amazingly written story, a crazy ride through some serious times....but overall, it was REALLY GOOD.

I turned and stalked off, taking a left down the hallway toward the elevator. The doors opened as soon as I pushed the button, and I stepped inside, trying to calm my racing heart.

They still intimidated me.

And excited me. And challenged me. And knotted me up.

I’d kind of wanted to go to a party but not with them.

The doors started closing, but just then a hand shot into the elevator, and I jumped, seeing the doors re-open. I sucked in a breath, staring wide-eyed as Michael reached in, grabbed my shirt by the collar with one hand, and pulled me out.

I stumbled into him, and before I knew what was happening, he grabbed my wrists and locked them behind my back, walking into me and forcing me backward, back down the hall toward the kitchen.

“Let me go!” I demanded, my lips brushing the tip of his chin.

“I don’t know, guys,” he teased over my head, “she still seems pretty fucking easy to push around. What do you think?”

Laughter greeted me as he forced me back into the living area.

Every muscle in my body was on fire, and the tips of my toes kept getting caught under his sneakers.

I twisted my body, trying to break his hold. “What the hell are you doing?”

I pushed against his chest and jerked my body to the left, tearing out of his hold with every muscle I could muster.

I stumbled, losing my balance, and fell backward, crashing to the floor. Pain shot through my ass, running down my legs as the fall knocked the wind out me.

Shooting my hands behind me, I pushed myself up and bent my knees, looking up at him as he advanced.

He stalked over and then stopped, towering over me. I immediately moved my hands and feet, crawling backward, away from him.

But then I felt something at my back, and I halted. I twisted my head, seeing a dark pant leg, and I didn’t know if it was Damon, Will, or Kai, but it didn’t matter. I was closed in.

Oh, no. I slowly raised my eyes, seeing Michael’s lips tilt in a devious smile. I stopped breathing, seeing him lower his body to the floor, planting his knees between my bent legs, and his hands at my sides.

My neck arched back as his face hovered over mine, but I tried to keep myself up as much as possible, no matter how close his body got.

I stilled, staring into his eyes.

You’re one of us now. Will had said that to me on that night so long ago.

Michael’s amber eyes searched mine and then dropped to my mouth, his breathing growing heavy as he stared at me like he was about to take a bite.

I wanted to cry. What the hell was going on?

Three years ago was nearly the happiest night of my life, and it quickly became the worst.

And ever since then, Michael not only acted as if I didn’t exist, but also, at times, as if he wished I didn’t.

Now the guys were free, and they were all back together again. What did I have to do with any of this? What did he want with me?

“I don’t know this game,” I told him, barely audible.

He stared into my eyes, thinning his own as if studying me. “All you need to know,” he
finally answered, “is that you can’t tap out.” 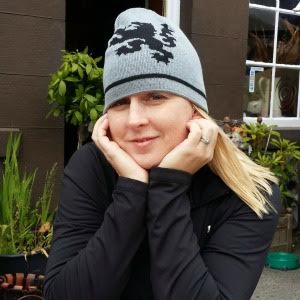 She dresses for autumn year round, loves anything lemon flavored, and believes there is too much blood in her Coca Cola stream. Or too much Coca Cola in her blood stream. Or...

You know what? It doesn't matter. She loves Coke. Now you know.

She lives in Las Vegas with her husband and daughter.