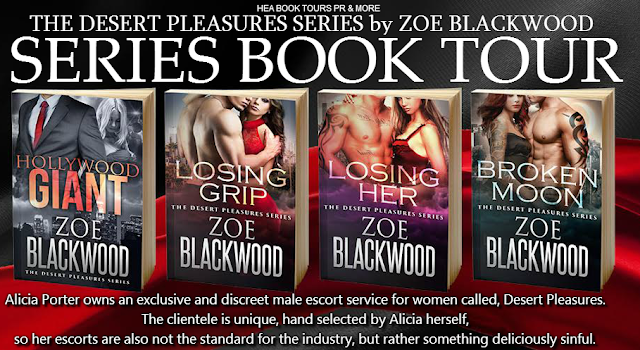 The clientele is unique, hand selected by Alicia herself, so her escorts are also not the standard for the industry, but rather something deliciously sinful.

The first four books in the series are introductions to the escorts, as well as the clientele (Losing Grip). Since these books feature different characters, they can be read in any order. Several books have character crossovers.

**They can be enjoyed in any order and are intended for a mature audience.** 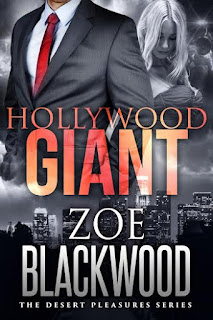 HOLLYWOOD GIANT
- SYNOPSIS -
HOLLYWOOD LOOMS GIANT IN THE STRUGGLE FOR WHAT MATTERS MOST.

For Alex Butovsky, a Dominant, the relationship with his submissive, Nadia Petra, is the focus on his life. He came alive when he took care of her. For Nadia, Alex was her savior and beautiful, loving and devoted Master. Having always existed outside of conventional monogamy, Alex being an escort has never distressed Nadia. She empathized with women desperate to explore their submissive qualities. Nadia had never worried about losing Alex to another.

Cara Valencia is different. She is the biggest movie star in the world and one of the most beautiful women alive. And she wanted Alex for herself. Nadia's struggle to maintain her devotion and honesty under fierce jealousy is matched with her Master's own struggle to manage his desire for another. Their very existence is at the mercy of fame, lust and deceit. 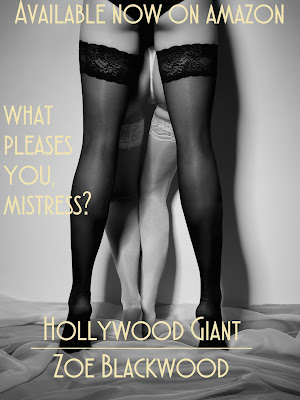 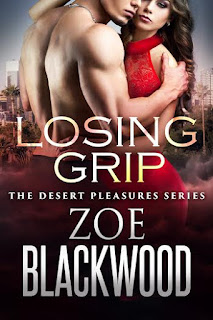 LOSING GRIP
- SYNOPSIS -
Kristine Platt lost her lover. Then, she lost herself...

Fiercely independent and successful civil litigation attorney Kristine is used to taking charge and remaining under control. Life for her went according to plan, then it all fell apart.

Her break up with fellow attorney, Layne, leaves her shaken. She'd never imagined herself that capable of feeling that out of control.

A meeting with the owner of a discreet male escort service leads to a rather unusual relationship with male escort Nic Adair. The simplicity of their relationship appeals to her fear of intimacy. As the foundation of her confidence wanes, can Nic help Kristine restore balance in her life? Or is he just a distraction?

Learning to love and trust again may be too big a risk for Kristine. When a strange pattern of anonymous threats against her emerge, she will have to learn to trust the people in her life. Will her faith in herself and those that love her be restored? Or will everything cause her life to spin out of control? 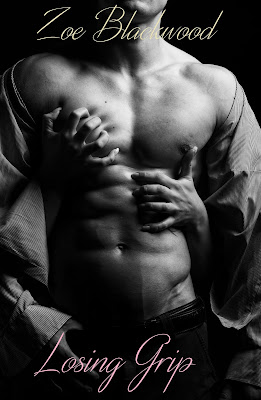 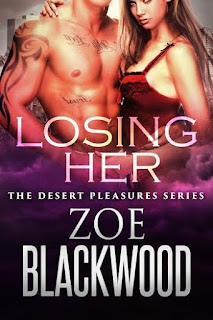 LOSING HER
- SYNOPSIS -
HE HAS EVERYTHING HE WANTS AND NEEDS, EXCEPT FOR HER

​James Day has everything he wants: a satisfying career as a physical therapist and a skill most men would envy--he's good in bed. Women move in and out of his life seamlessly.

When a casual affair with Alicia Porter leads to an unusual opportunity, James begins a journey with uncertain consequences. Alicia's male escort service, Desert Pleasures, offers women the opportunity to have their desires realized. James finds a place where his skills are rewarded.

What could possibly go wrong?

When James develops interest in Kate, a physical therapist and co-worker, he realizes how he is perceived by some women. To a girl like, Kate, who is not into casual sex, a guy like James is dangerous.

James sets out to prove to Kate, and his sister Jenna, that there is more to him than his sexual talents. The truth of who he is, would have unforeseen consequences of their own. Has this self-proclaimed playboy finally met his match? 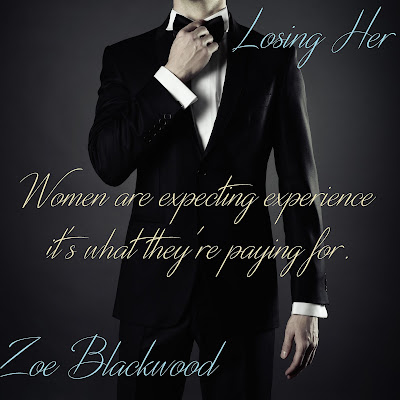 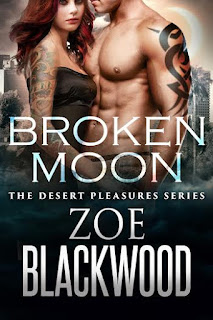 BROKEN MOON
- SYNOPSIS -
HE YEARNS FOR LOVE. SHE IS AFRAID OF IT.

​Mannie isn't sure he still has a girlfriend. He isn't sure what kind of man he wants to be. He isn't sure if his sister will ever forgive him. The only thing he is sure of is that he wants everything in his life to change, except for his art. Drawing and tattooing is the only real thing he has.

An encounter with Alicia Porter, owner of the elite male escort service for women called, Desert Pleasures, leads to an unusual opportunity for Mannie. As he discovers his confidence and worth with women, he finds he only yearns for more.

When he meets Rain, it isn't love at first sight. But the possibility of what he can feel and wants to feel, leads him on a journey of self-discovery. He doesn't understand love, but wants it. Rain has had it, believes in its power, but mysteriously builds walls against it. Rain is only sure of one thing: they have to stay friends.

Rain won't talk about her past. Mannie is desperate to find his future.

If love can hurt and the devastation can be long-lasting, Mannie can only hope that which can be broken, can be made whole again.

- ABOUT THE AUTHOR -
Zoe Blackwood is a pseudonym for author, Kim Streible. She resides in Kentucky, surrounded by various wildlife and dogs, because as long as she can remember, there's always been a dog in the house. She hates getting lost on back country roads and sushi. She loves Batman, music and 80's romantic comedies.